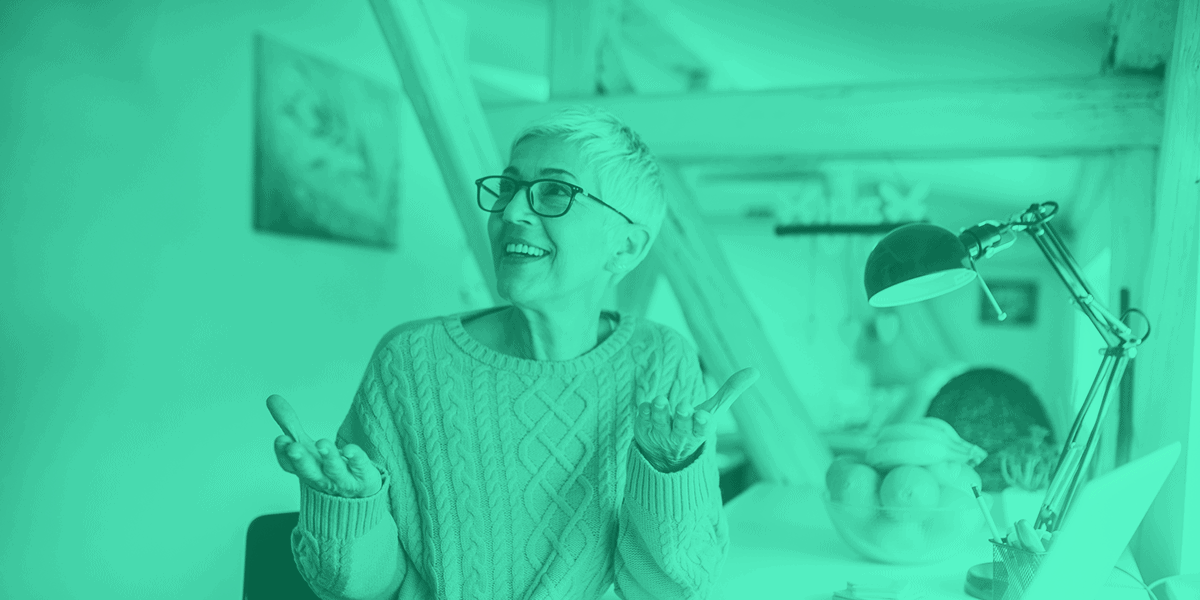 Your fantasy retirement is full of golf, book clubs, and playing with grandkids. But real retirement isn’t quite like that. Retirees often find themselves with too much time on their hands, missing the structure provided by a steady job, and struggling to make ends meet.

For many people, retirement isn’t all it’s cracked up to be. It’s time to debunk some common retirement myths and put together a plan that provides you with a profitable and fulfilling retirement.

Lots of people work with the goal of leaving the daily grind behind when it’s time to retire. Unfortunately, many of these same people have some very serious misconceptions about retirement and are likely to be surprised or even disappointed with what life post-retirement is really like.

Sixty-five used to be the age when most people retired. Nowadays, benefits like Social Security and traditional pensions begin at this age, but 65 is no longer the standard age to retire. This traditional retirement age was established when life spans were considerably shorter. However, most people today live active lives well into their 80s (and sometimes beyond). There’s no real reason why you have to stop working when you reach 65.

The notion of a typical 65-year-old retiree is just a retirement myth. Many people retire much younger and are capable of working much longer.

Many people think that their expenses will magically decrease when they retire, but that’s not always the case. The old rule of thumb is that you can live on 70% to 80% of your pre-retirement income, but the reality may be different. After all, you’ll still have similar housing, food, and utility costs as you did before retiring. You may even end up spending more on things like travel and entertainment.

J.P. Morgan researchers found that while 38% of retirees did decrease their spending after retirement, 35% actually spent more than before. Another 22% spent about the same amount, while 7% saw their spending fluctuate from year to year. The challenge is finding enough new income to maintain your desired standard of living.

Myth #3: You can fund your retirement with Social Security and pensions

As for pension plans, most companies don’t offer them today. Instead, employees are left to self-fund their retirement with 401(k) plans, which don’t offer a guaranteed monthly income. You’re going to need much more than just Social Security to get by. 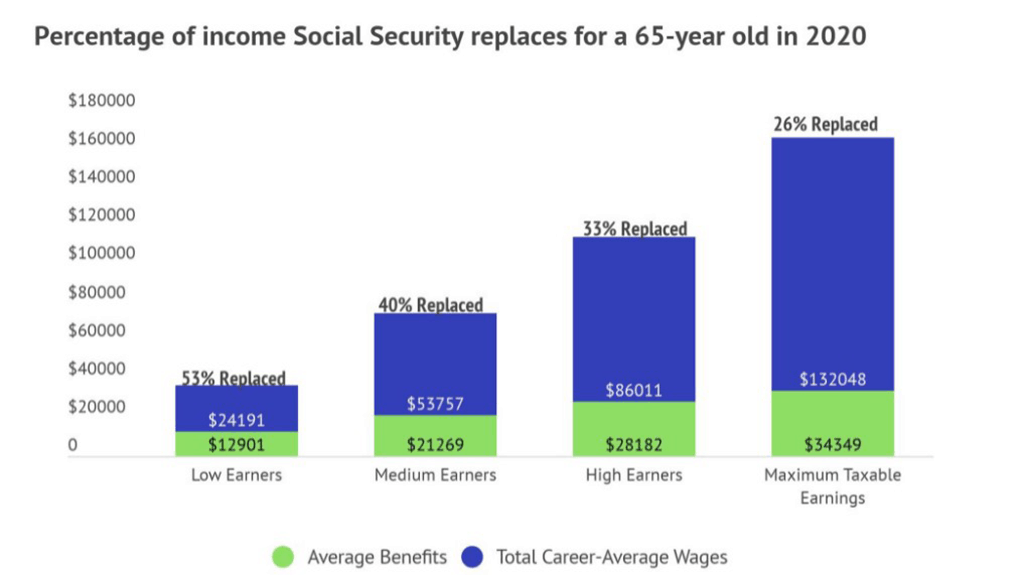 Myth #4: If you haven’t saved enough for retirement, you can always work longer or get a part-time job

If you aren’t confident that you’ve saved enough for retirement, then you may think you can manage by continuing to work. Maybe you think you can stay in your current job a few years longer or get a part-time job after you leave your current employer. Again, however, reality belies these expectations.

According to the EBRI/Greenwald Retirement Confidence Survey, 74% of current workers expect to get a significant amount of post-retirement income by working for pay. What actually happens is much different for most people. Because of health issues and difficulty returning to the job market, only 28% of retirees have actually worked for pay since leaving their former jobs. 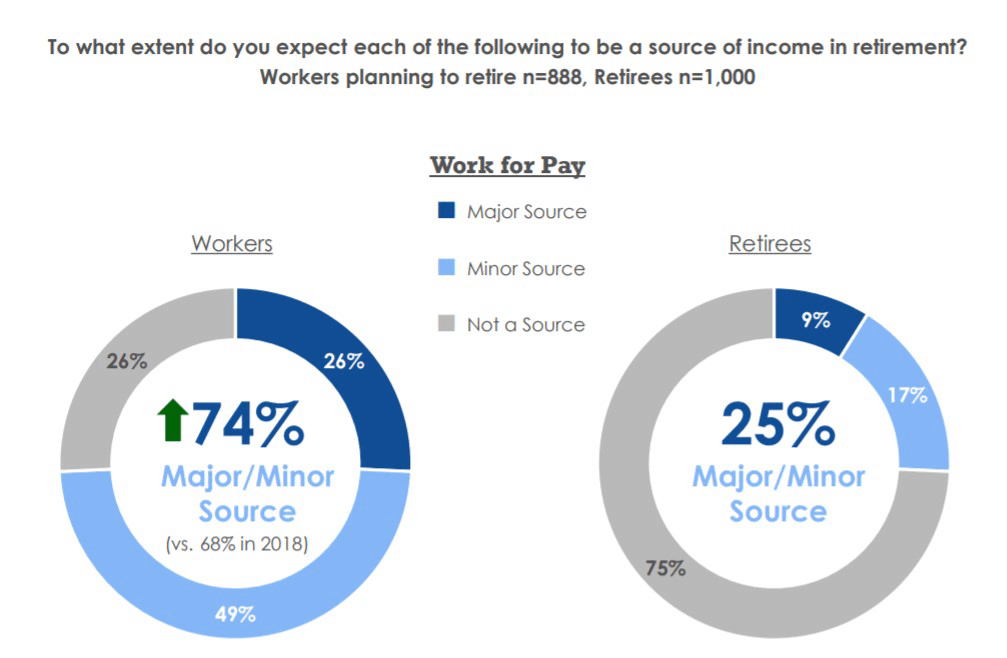 Myth #5: Retirement is easy and filled with fun activities

So you’ve found a way to fund your retirement. You don’t even need to find a job to help pay the way. Now you’re left with nothing but free time. Isn’t that the ideal retirement scenario?

Many retirees actually find it difficult to leave the daily structure of the 9-to-5 work environment. While some have grandiose plans for their retirement, those plans may not always be feasible, especially on a retiree’s salary. You may find yourself sitting around all day long with not much to do.

The following video examines the reality of retirement for many people, which can include boredom and even depression. It doesn’t have to be that way, however.

Planning for retirement is a necessary and important part of long-term planning—and it’s never too early to start. Whether you’re ready to shift gears and work from home now or you want to make supplemental income (in addition to your full-time job), a side gig has significant earning potential that can help you hit your retirement goals.

Working from home can offer flexibility, autonomy, and ownership over when/where/how many hours you work. So, who knows? The right opportunity might be something you can continue—on your own terms—during the next chapter of your life.

If you’re looking save, invest, and pick up new skills along the way, consider selling with Vector Marketing. Your future self will thank you.