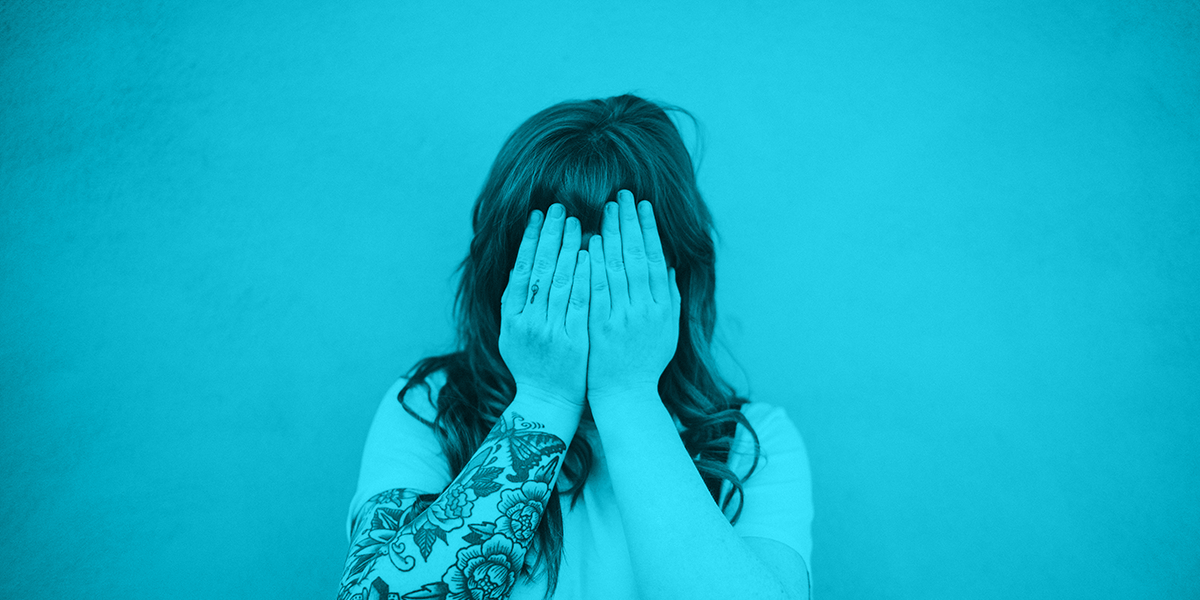 How To Navigate Uncomfortable Situations and Keep Your Dignity Intact

I have a confession to make.

During the pandemic, I watched way too much reality TV.

I’m not usually a reality TV type of person. But something about this genre just provided a much-needed dose of escapism during a pretty grim time.

But no matter what I watched, there was no escaping from one thing: The Uncomfortable Situation.

Regardless of which show I’m watching, or how scripted it was, one part of reality came through loud and clear.

A lot of people don’t know how to handle scenarios that make them uncomfortable.

From making really bad jokes to lashing out and shutting down, it seems a lot of people don’t know how to deal when they can’t deal.

And while I am aware that this type of situation makes for great TV, it’s less than fun to watch when you see it IRL.

Here’s a story that I wish was scripted for reality TV, but is very much true.

I was in the office, minding my own business at my desk, when I heard yelling from across the floor. Looking up, I saw one of my colleagues—let’s call her Jen—crying, along with my manager and a woman I didn’t recognize. After a lot of screaming and bawling, Jen grabbed all of her stuff and stormed out of the office. The other woman awkwardly sat down, booted up the computer, and got to work. My manager looked around uncomfortably, then went back to her desk. Neither of them spoke about it again.

Turns out, that was Jen’s last day of probation. They were going to let her go, but our manager had forgotten to tell her. The other woman was Jen’s replacement, and they both didn’t find out until they showed up at the office.

The importance of learning to be comfortable in uncomfortable situations 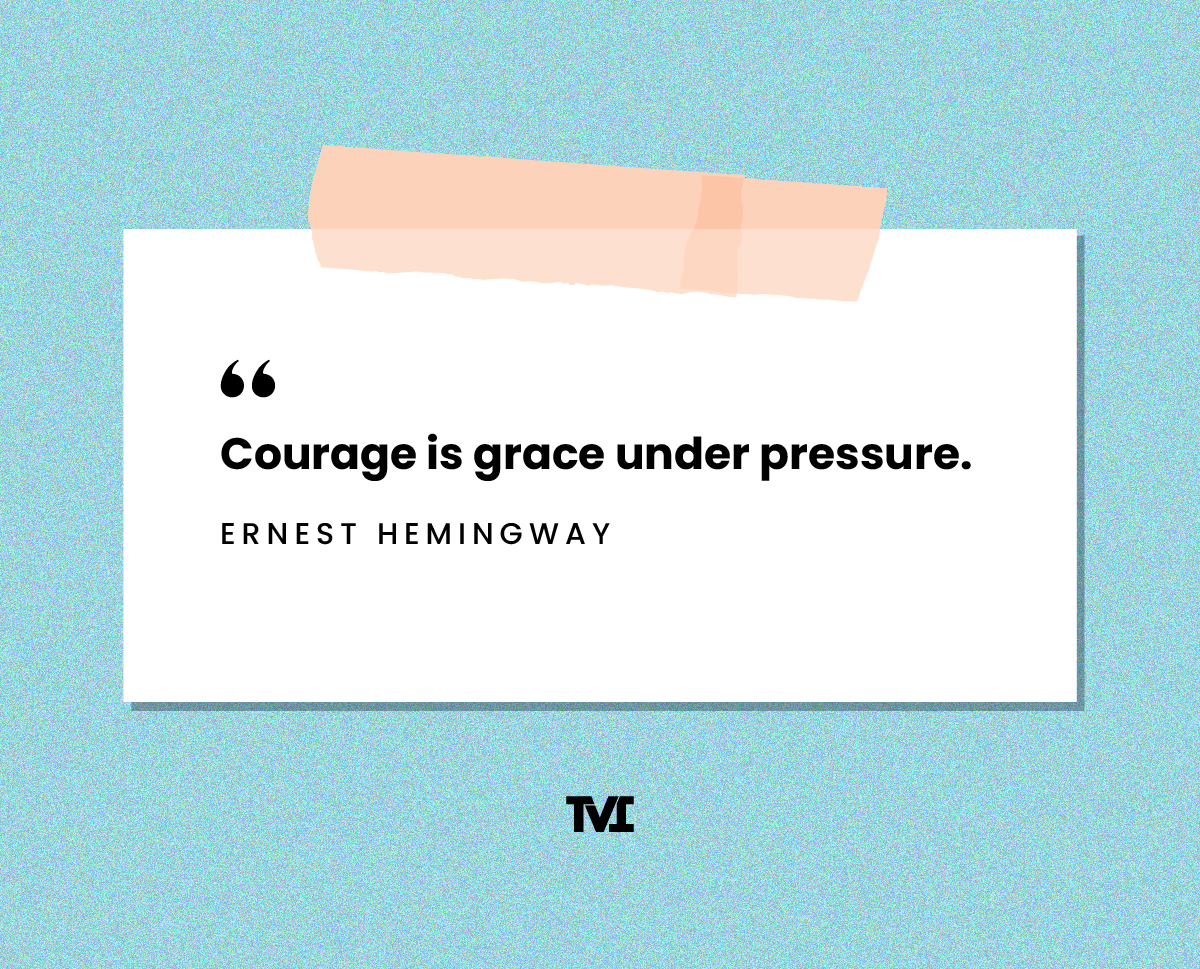 Uncomfortable situations like this come up all the time.

Sometimes we cause them by tripping up our words in a  conversation, losing our train of thought in an important meeting, or saying something inappropriate without thinking. Sometimes we’re on the receiving end of a bad joke or feel uneasy with the environment. And sometimes we’re caught smack bang in the middle of an awkward moment, unsure of what to do next.

Bottom line is, sooner or later, you’ll find yourself in an uncomfortable situation. What matters and defines us is how we handle them. When you take uncertainty and discomfort in your stride, you’ll grow personally and professionally.

The next time you’re confronted with an uncomfortable situation, follow these dos and don’ts to effectively handle the situation and keep your dignity intact.

Do: Pause and think before reacting

Rule number one for any uncomfortable situation: stop, think, then act. Your kneejerk reaction often isn’t the most appropriate.

When you’re feeling the pressure from an awkward situation, try to stay calm. Focus on deep breathing: inhale through your nose and let your abdomen fully expand, hold for a second, then exhale through your mouth. This exercise helps regulate your nervous system so you won’t be overwhelmed and can think clearly.

If the situation allows, remove yourself from the environment completely. Go for a walk, grab a cup of coffee, then come back. You’ll often find yourself more calm, collected, and able to look at everything from a fresh perspective.

Sweeping the uncomfortable situation under the rug might FEEL like the best response. But when you completely ignore the issue (like my manager did), you end up damaging reputations or relationships rather than protecting them.

Disclaimer: I’m not saying you should call someone out and go all Will Smith on them. Instead, try to diffuse the situation in the moment, then come back and acknowledge it as soon as everyone is ready to talk about it without getting upset or emotional. If you leave it hanging in the air, you leave the door open to gossip, interpretation, and speculation—and trust me, that never goes well for anyone.

A few years ago, I saw first-hand what happens when you ignore the problem.

I had resigned from a managerial role and called my team into a meeting room to break the news. During the announcement, one of my team members got incredibly upset, burst into tears in front of everyone, and wouldn’t stop—even after five minutes. I asked her to go to the bathroom and freshen up, and we finished the meeting without her. She came back later, sat down at her desk, got back to work, and didn’t acknowledge it again.

Days later, I heard colleagues talking about her immaturity and her lack of ability to handle adversity. That perception stayed with her and led to her getting passed over for a promotion she was perfectly capable of handling. All because she didn’t acknowledge the situation, own up to it, and show that it wouldn’t happen again.

Even if you don’t want them to, people talk. Set the record straight and handle it with dignity with open and honest communication, and you’ll make it that much easier for everyone to get past it.

Do: Smile and make a joke (if it’s appropriate)

Jokes aren’t always in good taste, but they CAN be a good way to diffuse an awkward situation.

In case you somehow missed it, that’s exactly what Chris Rock did at *that* moment during the Oscars.

Instead of yelling or escalating the situation, Chris Rock took it in stride, knew that the event had to go on, and made a joke to help everyone feel at ease after what happened.

This works best for moments where you’ve either tripped up or made a minor snafu, like forgetting your speech during a sales pitch or showing up at work somehow with your dress inside out (guilty as charged 🤦). Laughing it off eases the tension, and makes it easier for people to brush it off and get on with their day.

We’re all guilty of judging ourselves (and others) harshly for mistakes. But while it’s the easiest reaction to have, it’s also the one that leaves us with overreactions, self-doubt, and a whole bunch of gossip that often blows out more dramatically than a game of Chinese Whispers.

The next time you’re faced with an awkward situation, try to practice empathy and forgiveness rather than judgment.

In Elsa’s words, let it go:

Said the wrong thing or did something embarrassing? Guess what? You’re human! Give yourself a break, accept it happened, and keep going. Any time you catch your mind drifting back to that situation, stop yourself from going down the rabbit hole. Remind yourself that these things happen and that you’re far from the only one to have done something uncomfortable or embarrassing.

The same goes for your colleagues, friends, family, or even strangers. When you accept the discomfort and give them the benefit of the doubt, you can bet that they’ll do the same for you.

My friend and I do kickboxing, and one of the things we practice is shadow boxing. For those of you who aren’t familiar with it, it’s exactly what it sounds like. You kick and punch the air while imagining an opponent is in front of you.

It takes a LONG time to stop feeling awkward when shadow boxing (when I reach that stage, I’ll let you know). And my friend felt all of that discomfort bubble up when our trainer asked her to shadow box. Alone. In the middle of the boxing ring. On a particularly crowded day at the gym.

She told me later that she was nearly in tears from having to do that because she felt so awkward and on display. The reality is, though, that everyone else at the gym was doing their own thing, and many of them had never done kickboxing before in their lives. To them, she was just another gym-goer practicing her punches and kicks—and they probably thought she was a certified ninja.

The point here is that we tend to place TOO much emphasis on what we do, and how other people perceive us. In reality, everyone is so caught up in doing their own thing that they hardly notice when things aren’t going well or according to plan. 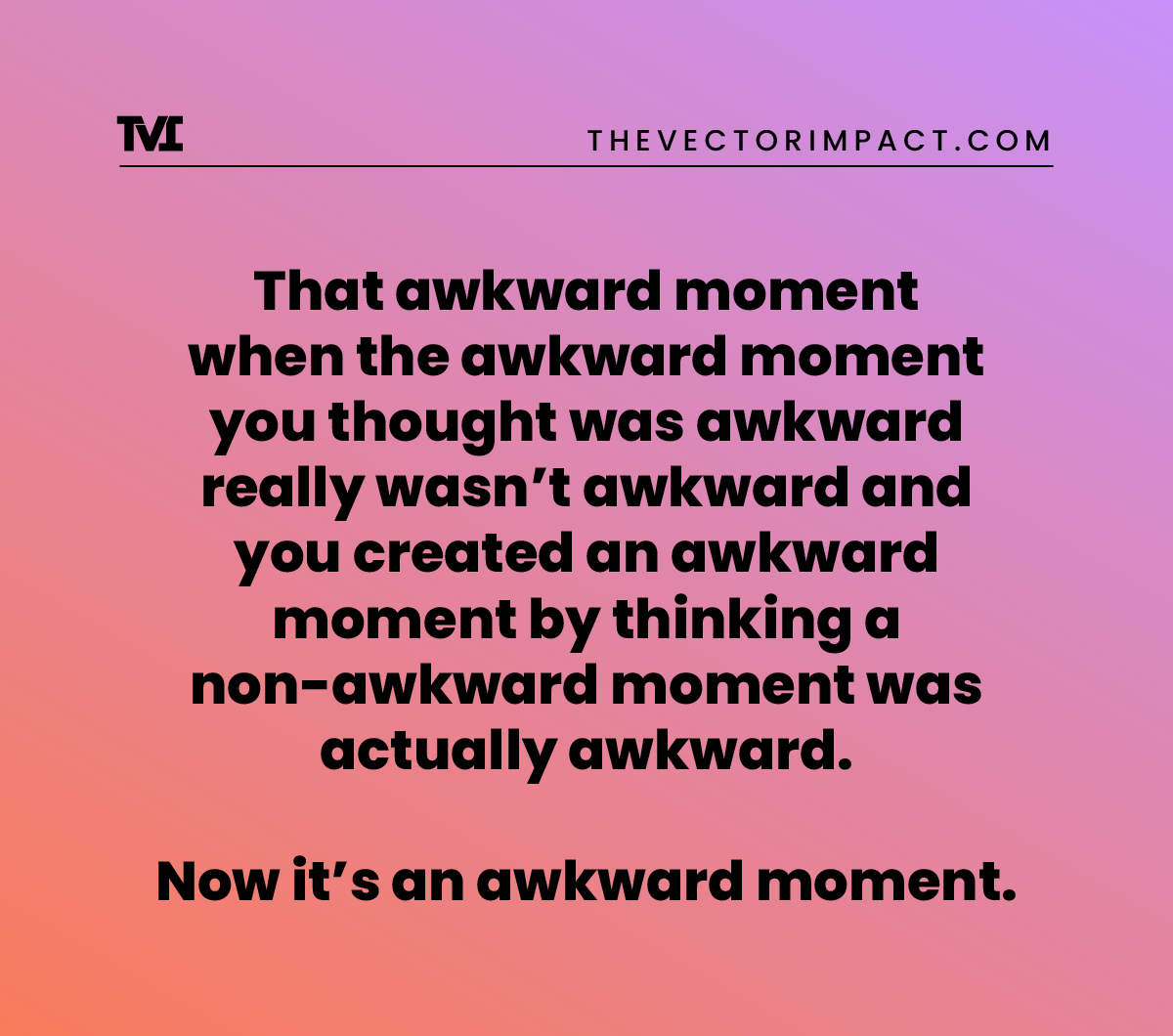 Don’t: Try to fill the silence

In my experience, uncomfortable situations are usually accompanied by one of the following:

And the first thing people do when there’s silence is to try and fill it.

Silence in and of itself is an uncomfortable thing. Believe it or not, a study by the University of Groningen found that once there’s a four-second lull in a conversation held in English, people start to feel unsettled. Needless to say, when it comes following an uncomfortable moment, it gets even MORE unsettling.

This is where it pays to stop and sit in the silence for a bit, rather than immediately panicking and rushing in with some ill-thought-out comment, Michael Scott style.

Try not to let silence pressure you into coming up with a response. Think through what happened and run through what you’re going to say in your head before blurting out the first thing that comes to mind. If you need a moment, excuse yourself and step away from the conversation.

Yes, it will feel INCREDIBLY awkward at the time. But it’s a whole lot less awkward than digging a deeper hole for yourself or the people around you.

Do: Act confident (even if you’re not)

Most of us have insecurities that bubble up to the surface when we slip up.

You might already be uncomfortable speaking in public and forgetting your point mid-presentation only feeds into that fear. Or maybe you want to impress someone, only to do something incredibly awkward like Cady from “Mean Girls”:

That’s when it helps to have someone confident that you can channel, like a manager, a self-assured friend, or even a character from your favorite series.

Think of how they would respond to the situation, and let that inform your own response. This tactic is also a great way to help pull you out of the moment, disconnect a bit from your own insecurities, and view the situation from an objective perspective.

And last but not least, do remember that this too shall pass

In any uncomfortable situation, it can feel like time has come to a grinding halt. In reality, even the toughest of situations will eventually come to an end and people will go on with their lives. When you recognize that every awkward moment has its end, it’s far easier to deal with it, brush it off, and move on.