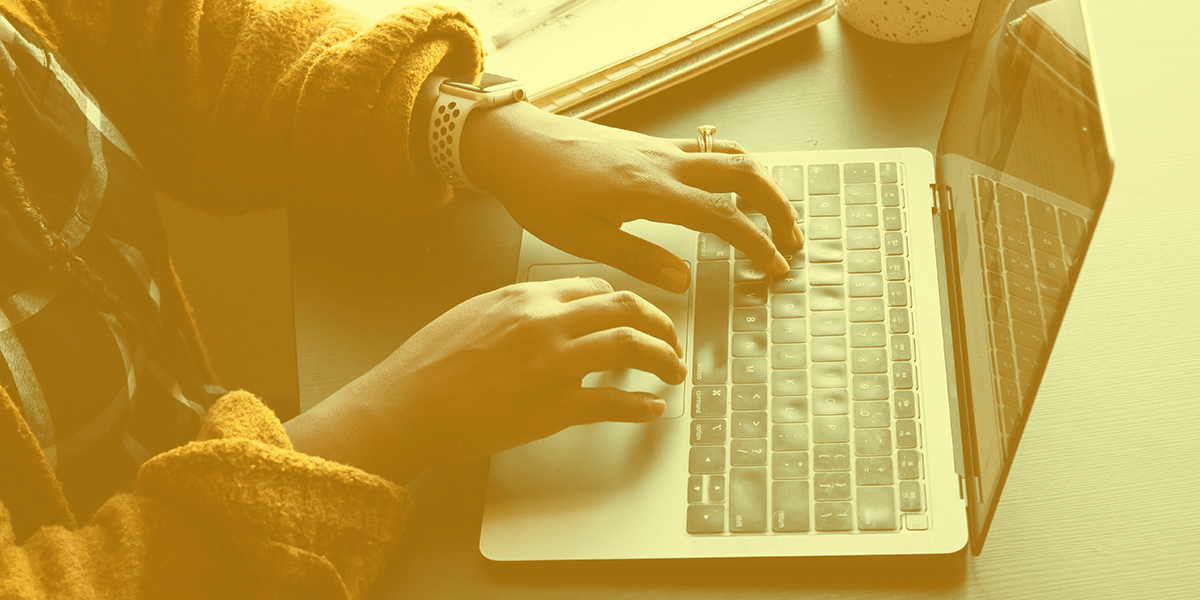 Writing Tips That Will Convert Your Toughest Critic (Even Yourself)

Two months ago, I saw a woman on Facebook claim:

I don’t need help making it as a writer. I just need someone to give me a break!

I thought, “This person is doomed.” There’s no way she’ll learn how to write better. There is a stunning lack of accountability in the writing community.

I have agonized over my craft for thousands of hours. I have imposter syndrome. I question myself all the time.

Thinking you have already arrived is a vulgar display of confidence. I’m a zealot of the belief that every writer should go to their grave trying to get better at what they do.

Algorithmic competition has a way of sharpening your skills. This is what I’ve learned that will help you—even if you never seek to make money from writing.

Understand what is most important: readers quitting

I don’t think about writing in terms of people “liking” my stuff. To me, it’s more about completion rates. It is a higher-order calling that places more focus on the reader rather than my own ego.

You lose anywhere from 2%–30% of your readers within the first few sentences. Even if you have the perfect opener, you’re still losing readers.

Slate ran a study showing where readers were most likely to quit your article. 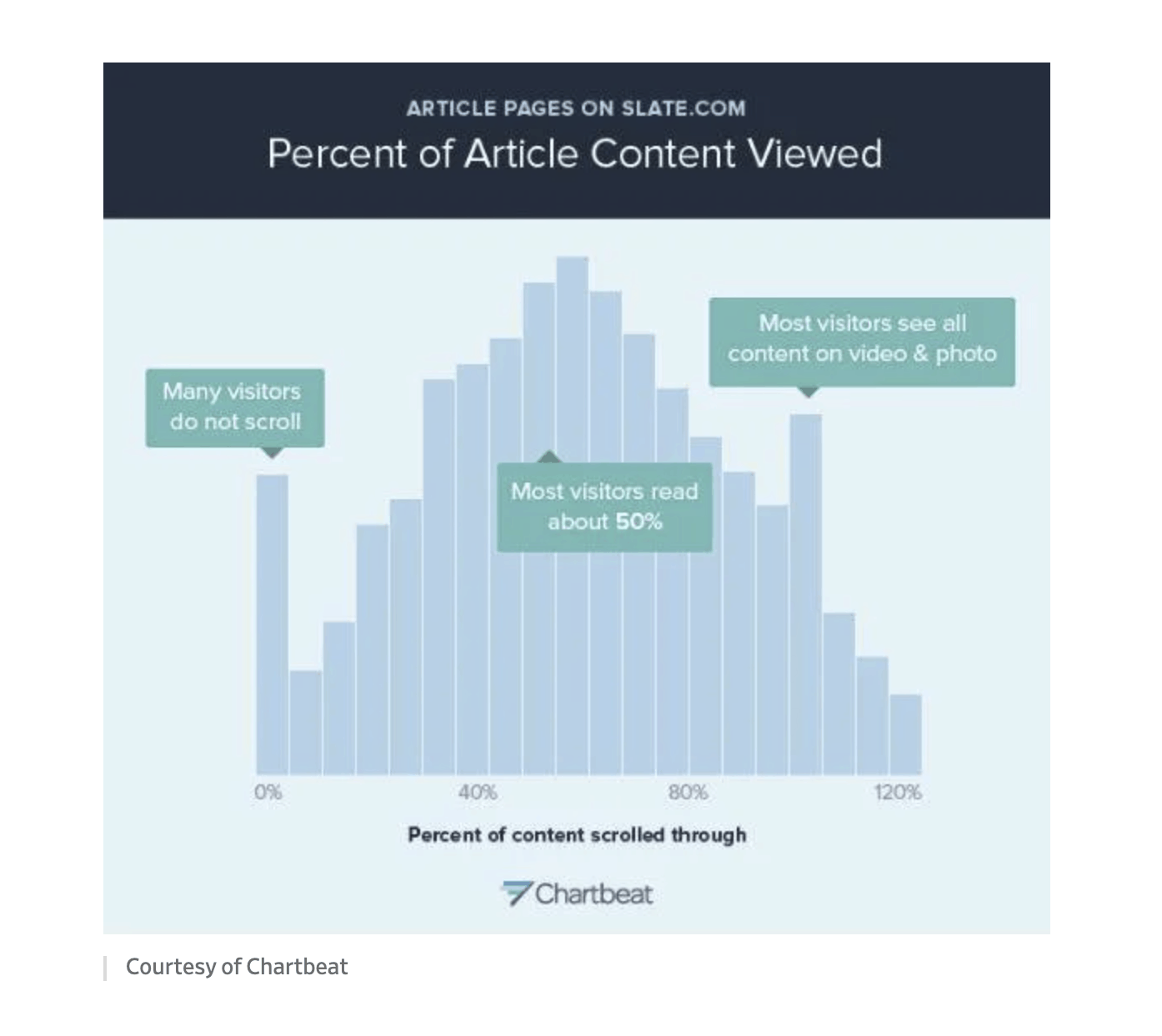 The data confirmed what many already suspected: it’s impossible to avoid losing lots of readers. We are shot in the foot at the start. We limp forward. Readers progressively fall off as we approach the middle. But if you can get them to the middle, the odds of them sticking around increases after that.

I polled a mix of readers across a variety of platforms, asking “What’s the most common reason you quit before finishing an article?” There were no options given. I left it open-ended:

The good news? Anyone can learn how to write better

A little awareness can make a big difference when it comes to being proactive about common missteps. Follow these writing tips and you’ll be on your way.

There’s a good chance that many of you suffer from a brevity problem without even realizing it. The introduction is hiding many of your unseen pain points. It wanders on for too long or it overstates the obvious. Focus on opening strong:

Next, kill the lull in the middle. I’ve always said readers give us two strikes and one of those strikes is usually in the middle. If you don’t see any strikes, ask someone who is good at finding them.

2. Perfect the art of building and destroying

I write best when I’m feeling an emotion, often anger. Ranting produces visceral writing. It is raw, authentic, and keeps the reader’s attention. I rarely hit publish right in that moment. That’s how people end up getting into trouble and why Twitter is such a problematic platform: streaming our consciousness, publicly, is rarely a good idea.

I’ll come back later and blunt the edges and soften the tone. The promised land is where your writing sounds like you as a person. Your friends will say, “For some reason I read this and heard your voice.”

Edit with cold blood. Great writing is deleting. Build something up. Then look at it with the objective eye of a sculptor. Then tear off the stuff that doesn’t work. Find spots where one word can easily replace two.

I listen for a subtle rub in my mind when I’m rereading. It’s a little tickle in your mind that something isn’t right. Become like a bloodhound pausing, sniffing the air, certain he’s on to something. Listen to that instinct.

When brevity isn’t a problem, it is usually predictability.

I combat this by introducing an unusual or unexpected point around the 20% mark. It signals that the jaded reader won’t be able to predict the remaining article. I usually ask myself the affirming question, “Am I being too straightforward on this part?”

Avoid reciting tired points others have already made many times over. If I see one more article about stoicism, or another person telling me to keep my cell phone in a different room, I might lose my sanity. If you see me hopping around on the side of the road with bunny ears, you’ll know why.

I sometimes imagine writing for the most difficult reader. He is a hypothetical figure, bored, scrolling his phone. I reason that if I can keep his interest, I can keep anyone’s interest. This is a great exercise in cutting out the garbage and fluff from my writing.

Just imagine that person who rambles on about their annoying hobby and you stand there, trying to come up with ways to escape the conversation. That person can easily be you without you even knowing it.

Write for someone who has no loyalty to you and is low on patience. Write for your harshest critic (hint: it is often yourself).

Outside of bad introductions, writing doesn’t usually fail because of a single, cataclysmic mistake. Reader abandonment is a death by a thousand tiny errors. It’s a lack of focus, giving the reader a feeling that you’re grasping at straws for ideas.

My favorite tip from this list on how to write better? Study great introductions, read about them, and test new strategies. A strong introduction boosts retention at every subsequent part of the article. The first few sentences are a promise of quality — or the lack thereof.

Outside of that, it all comes down to the fundamentals. The more I write, the more I realize my English teacher was right about most things.