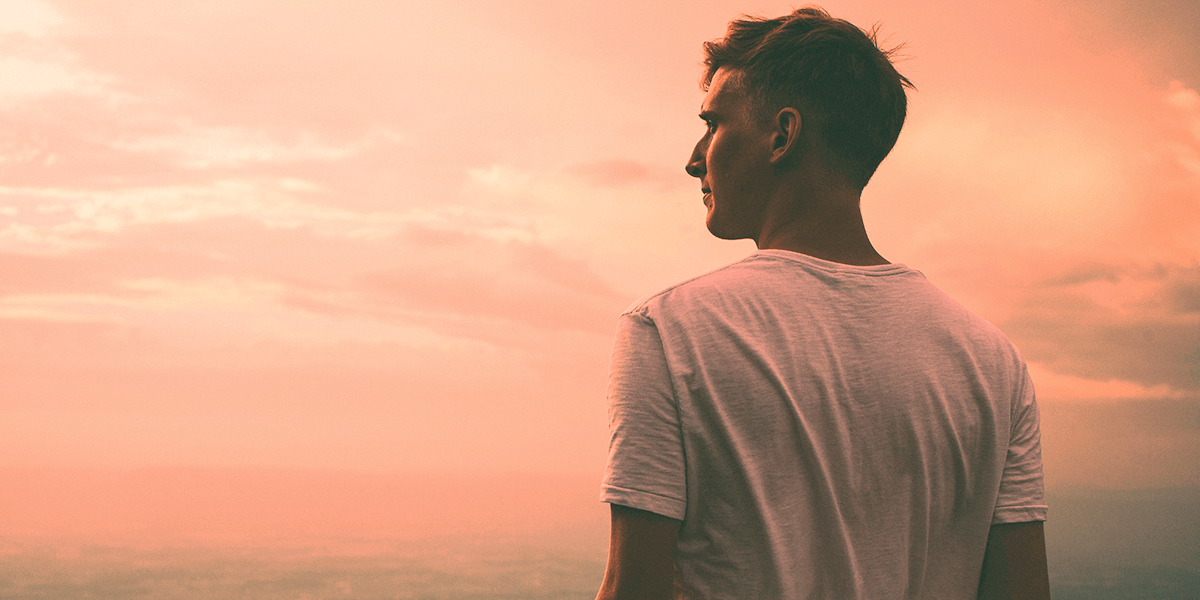 As I stood alone in my dorm for the first time, I felt a new level of autonomy.

It was totally unprecedented, an opportunity to turn a new page, forge my own path, free from parental oversight.

But college caught me off guard. I was reminded that learning the hard way is just part of life—which will continue to serve up new, unpalatable truths.

Here are the 6 harsh realities I learned:

All those social circles and cliques from high school suddenly disappeared. The game reset. The drama and concern with social standing and “being cool” became meaningless.

It dawned on me why parents were so annoyed with teenagers who were overly committed to their friendships.

Thousands of miles, along with the suffocating press of courses, diluted all those connections. We were in a new spawning pool.

I felt alone that first night. I realized that friends weren’t going to show up on my doorstep. It taught me an early lesson in the importance of being proactive with my social life. Week one was square one. It was the time to start meeting people.

Years later, as I moved to new cities, this truth resounded. Be happy and eager to meet new people. They’ll detect that energy and embrace it. Otherwise, age will only bring more loneliness.

“My boyfriend goes to UNLV.”

All the girls I liked in high school had college boyfriends. This was particularly true my senior year.

And all the way down to the most madly-in-love examples—not a single one lasted.

Distance will save and also destroy a relationship. Too much of a good thing kills it. Too little makes it fade to obscurity. Familiarity breeds a sense of casualness and banality.

I’ve found that the loves of my life die twice. The first, in its official contractual sense. And again, when I stop feeling that pang, the hurt of our separation. There’s an emotional cauterization that I almost wish didn’t happen.

College thrusts logistical challenges right up against our young, idealistic views of love and romance. The relationship that was once an escape from parental rules suddenly felt like an anchor to newfound freedom.

I learned that long-distance relationships can work. But only under controlled criteria, a schedule where you always have a visit planned, and where there are regular phone calls.

If you don’t, you’ll face the reality that absence does not usually make the heart grow fonder.

The freshman 15 is coming for ya

Dining hall. Meal card. Mouth. Beware, or you will fulfill the prophecy of the 15. This came true again during COVID. The dang refrigerator is right there.

I swam in college. So I didn’t struggle with the famous 15-pound weight gain. But I watched more than a few people balloon up around me.

The parties and food and alcohol caused the weight to slide on. It was an early lesson in the importance of discipline. Keeping weight off hasn’t gotten easier with age.

During freshman year, I remember coming back home for Christmas break and not even recognizing a few classmates.

It was so much freedom. The food, the erratic sleep schedule—I’m not surprised I was crashing all the time.

In a new and intimate way, college taught me that just because one can, doesn’t mean one should.

Many of your most immature classmates—the clowns, the drunks, the buffoons, those who are the least likely of candidates—will someday become powerful VPs and directors at companies. Believe it.

I have so much wild dirt on one VP (if only they knew what I know ). I wasn’t a perfect angel either. I’m so glad there weren’t smartphones when I was in college.

To the point, those party animals are often good people to know someday. Cultivate and maintain those relationships after you leave, because people grow and evolve. Don’t make assumptions about their future or who they are based on their behavior at age 20.

After college, I was shocked by how competitive the market was. I don’t think our parents even knew either; they came from a generation where a college degree near-guaranteed a great position somewhere.

And often, a referral from the guy who set the beer bong record a decade prior proves to be quite valuable.

Your brain should be your only thinking organ

So many people just followed their instincts on what they were good at, arbitrarily choosing a major.

Colleges should have a career week, where we get exposed to the daily life of a dozen different careers. And that means seeing what each hour looks like, what the daily grind is.

We still have a huge problem of students being spit out into the workforce without the right skills. Even further, the students are showing up at the job and realizing they hate what they majored in.

Have foresight when making huge consequential decisions. It’s OK to make mistakes. But try not to make mistakes that are hard to undo. And while you’re at it, do a cost benefit analysis on birth control and protection. Some people never run the math on that one.

Did you hear about _?

There was a moment in college where a crowd of us began talking in the hallway.

I made acquaintances with a beautiful brunette girl, who I spoke with for only a couple of minutes. I came away with a minor crush already.

I mentioned her to a friend on the walk back to the dorm. He said, “Oh her? She has herpes, dude.”

His comment caught me off-guard. It wasn’t even the potential STD that bothered me, it was him and his comment. How did this guy know? And who was he to be spreading such things around?

In high school, I heard a lot of the same types of nonsense rumors about people. And much of the time it wasn’t true.

And unfortunately, despite my best wishes that gossip and drama would disappear after high school, it was still there in college, and would continue thereafter.

Just make it a point not to be an active participant. Don’t judge people by rumors and avoid the drama that causes them in the first place. And remember, anyone who says they hate drama, typically is the drama.

Sometimes learning the hard way is the only way to learn

So, there you have it. Learn these lessons now and jump into adulthood a little wiser than most:

Let’s face it: I can tell you what I’ve learned, your parents might attempt to steer you in a certain direction, or your well-meaning friends give advice about what you should or shouldn’t do. Ultimately, it’s your life and some things are best learned simply by living it. So get out there. Build friendships. Switch majors. Succeed and fail. Have your own revelations about the world around you. Learning the hard way is part of growing up.

And no one makes it to adulthood without some major growing pains.