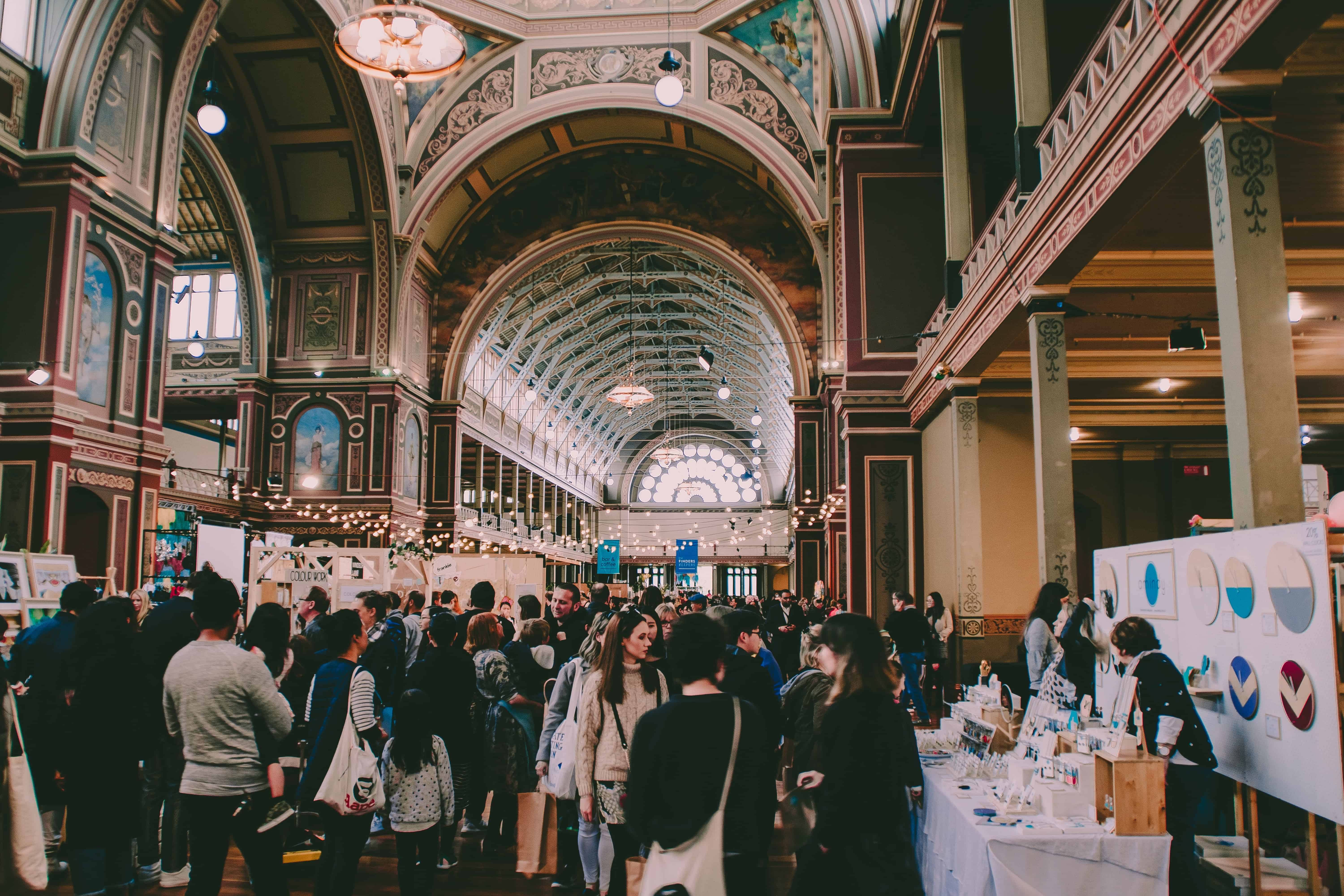 I remember my first conference.

It was the most overpoweringly exciting feeling I’d felt so far in my professional career. You walk in, and there are all these people in suits and professional dresses.

You walk by micro-celebrities left and right, and you can even walk right up to them if you so please. My fingers hurt from taking so many notes.

Notes that both inspired me and promised me a more fulfilling, more exciting future. I ran into one of the speakers in the elevator.

And—after bashfully introducing myself—we struck up a conversation about housebreaking a new puppy. I ran into him again later on, and he remembered my name. Awesome. Oh, and don’t forget the food.

Why attend a conference?

Conferences are the best place to meet and learn from “Vector legends.”

Imagine how much you could learn from a rep who has sold $1 million worth of CUTCO, who has encountered (and overcome) the same challenges as you.

Yes, these legends do exist, and they often attend conferences to lead trainings, workshops, lectures, and Q&A sessions.

You’ll learn techniques that you can immediately implement to sell more effectively.

Do NOT attend a conference without having appointments lined up for the day after. You’ll thank me later.

This is one of the main reasons Marissa Welch (Lansing, MI) continues attending conferences.

By implementing the lessons from RDC, Marissa’s income skyrocketed far beyond that of a normal college student.

“Being at conferences will magnify your paycheck exponentially if you utilize the information that they teach you and follow through on the action steps they give you, ” Marissa said.

If you are invited to attend a conference, here are some of the topics you’re in for:

Have you ever heard the saying “Your network is your net worth?”

While you can connect with people via social media, Skype, email or the phone, there’s nothing like an in-person meeting to really get to know someone.

At conferences, you get to see people you don’t get to see very often (if at all). In-person connections are perfect for reinvigorating old relationships and sparking new ones.

Every Vector conference features a “push week,” which is typically a 10- to 14-day period before the event and ends the moment the conference commences.

During this period, reps push to sell as much as possible in order to win the competition.

Contests will vary based on the event, but for the majority of conferences, Vector will do sales rep competitions, office competitions, and division competitions to see which teams sold the most during that short period.

Sales during the push week are the only ones that matter. Career sales outside of that push period don’t.

What does this mean?

It means you can show up to your very first conference (even as a new representative) and compete for the top prizes.

How easy it is to get excited about something in the beginning, only to have that beginner’s motivation wear off after a few weeks?

As a new rep, Evan killed it with a super successful fast start.

He sold more than $8,000 of CUTCO in his first 10 days, but soon, the adrenaline wore off, and he found it tougher to make calls, set appointments, and create urgency like before.

It wasn’t until Evan attended his first conference that he rediscovered his purpose and got back on track.

Evan attended a Vector Leadership Conference where he reaffirmed his goal to produce and direct plays on Broadway.

Evan’s conviction about his personal goals led to more sales, in part because he knew it would help him save money for theater school in the fall. It’s amazing what happens when you start with why.

“Everything I learned at the Leadership Conference is completely transferrable to producing and managing people.”

If you don’t remember the term from our management post:

Yes, conferences can go on your resume and be featured in your portfolio. It shows you’re serious about your professional development and your career.

Do that as a student, and give your future every possible advantage.

How to get the most out of a conference

Before you attend a conference, write down one to three questions you have that, if answered, would solve your biggest problems.

Having problems, by the way, doesn’t mean you aren’t cut out to succeed in sales.

It means you still have opportunity to grow.

So get crystal clear on your problems/opportunities. Then, get introduced to someone who can help you solve your challenges.

Your manager can (and would love to) create introductions for you. This way, you’ll walk away with actionable information that can help you overcome the obstacles in your way.

Bring your note-taking app or notebook of choice, and take notes from the sessions. One Vector district manager tells her representatives:

“Take notes like you’re going to give the talk from stage one day… because you just might.”

Not only can you use these for your own benefit later, but you could also share your notes on Medium with other young professionals who didn’t get to attend.

This way, you not only help others by sharing your knowledge, but you also benefit from the exposure of blogging.

Prepare yourself to get the most out of the conference by reviewing the agenda ahead of time.

This way, you don’t miss any sessions that are relevant to you, and you can spend the rest of your time networking and meeting people you otherwise wouldn’t have met.

Looking at the speaker agenda ahead of time will also give you an idea of who you’ll want to target for introductions.

After the conference is over, follow up with the people you connected with.

Thank them for their time, and share any social media or blog posts you write from their talks or workshops.

Doing so will make you stick out in their head as a professional who cares and respects their time.

So how do you get your foot in the door to a Vector conference? It takes more than just the entry fee. Yes, this is the real world, and conferences cost money.

If they didn’t, then what’s the motivation to take them seriously?

The good news is that a Vector conference doesn’t cost tens of thousands of dollars like some of these professional events.

The bad news is that you need to get an invite from your manager. There are two strategies here:

As a Vector person (“always ask for the order!”), I don’t think I need to tell you which I recommend.

When to ask? Now. Today. The next PDI call or PC. The second you know that there is an event on the calendar, it’s fair game.

And even if you’re on day two of your Fast Start, have only done three presentations with your immediate family, but you’re excited about your Vector opportunity?

It doesn’t hurt to ask. Vector Marketing doesn’t make money on their conferences (quite the opposite – the rep costs are heavily subsidized).

But the company does value helping young people become the best version of themselves. And a professional conference will absolutely help you get there (like it did me!)

When will YOU attend your first Vector event?