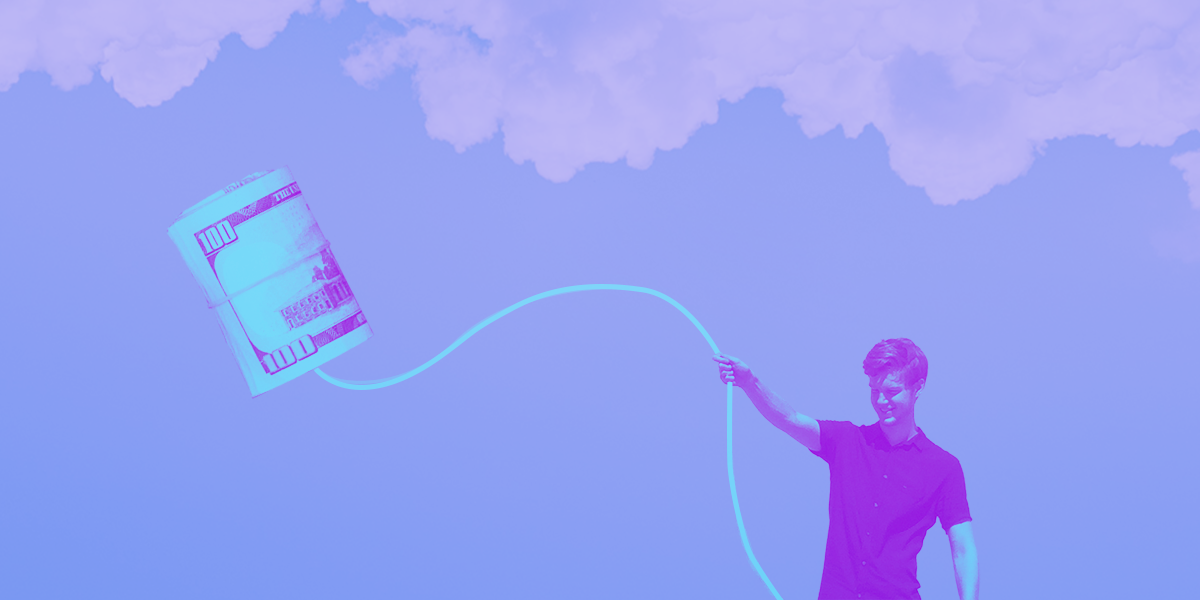 What To Do During Inflation: Tips to Protect Your Money

Like you, I’m starting to feel the pinch of inflation. I spent nearly $70 at the gas pump. Even my daily smoothie has gone up in price by 10%.

These are first-world problems by all measures.

But inflation is still a real problem. And something you should hedge against. It progressively corrodes your wallet and leaves you with less money.

Inflation can also be scary. News stations have been projecting it like our money is on fire. It isn’t. But the oven is getting hotter.

As a former financial analyst, I’ll give you my best tips.

Hang on to your loans

Low-interest debt is a strong hedge against inflation. Loaners often get a raw deal while borrowers with good rates make out like bandits.

During the end of the Great German Hyperinflation period (1919–1923), the German mark was worth one-trillionth the value from four years prior. Bondholders were wiped out. The money they were owed became worthless. Zimbabwe experienced a similar phenomenon, where they eventually were printing one trillion-dollar bills. At one point, 3 billion Zimbabwe dollars could only buy you three eggs.

I should warn you against taking out loans amid inflation as that interest is likely baked into those loans. Stick with what you have.

The best way to protect against inflation is to get your money out of the bank. And therefore, assets are invaluable tools.

Commodities, property, and stocks often rise in price during hyperinflation periods—especially when a ton of money is being printed.

I saw a random keyboard warrior saying, “Hey, just buy stocks that earn a lot of money. Your inflation problem is solved. Morons.”

Oh wow. Is that all I need to do? I’ve been trying to invest in sinkers.

Sarcasm aside, this introduces an obvious question, “What things should I buy?”

I invest half of my portfolio in the S&P 500 Index fund. It tracks the largest 500 publicly traded companies (by market cap).

If I buy a $1 of Netflix (which is cheap but extremely risky) or any random stock, I have to put $1 into the index fund.

Look at this chart. It’s the annual return each year for the S&P 500 Index.

The S&P 500 only goes down temporarily. You won’t be able to access that money without taking a loss for a couple of years. No matter what, remember that the S&P 500 never stays down for long periods of time.

Over time, it wins bigtime. It has averaged around 10.5% returns since its inception.

The S&P 500 is so damn good that billionaires often hold their hedge fund managers up against it: “Why should I pay you to manage my funds when the S&P is outperforming you!?”

The S&P 500 is the boogeyman that keeps hedge fund managers awake at night.

Generally speaking, with the S&P 500

However, when the S&P starts going up, it often surges up in a big way.

Countless tears are shed because people get greedy.

No matter what, stay away from random users on social media promoting stupid penny stocks (or any stock for that matter).

SPY and VOO are also gold standard ETFs. Very similar to Index funds. They are a basket of handpicked stocks from the S&P 500.

You can also buy VTSMX (Total Stock Market Index Fund), which tracks the entire market and has comparable returns.

The big idea: rather than betting on one animal, bet on the cycle of life. Nature always wins. Even if individual stocks don’t.

There is no free lunch

I had a friend come to me and say, “I want something that will give me a 15% return in 12 months, that is guaranteed not to have a loss.”

He gave me that whole “Well, my one friend made 25% in one year and sold.”

I said, “He rolled the dice. And the dice landed in the right spot.”

It’s worth overstating the obvious—because I don’t think people really understand—investing is a form of gambling.

But—and this is a big but—it doesn’t have to be insanely risky and lopsided like a casino.

When you put money into dumbass penny stocks, you are spinning a roulette wheel.

When you put money into boring, mundane, awesome index funds—that have long track records of returning value—you are betting on the cycle of life.

While penny stocks rapidly die and get reborn like gnats, your index fund is smiling at the cruel rules of Darwinian economics.

While people lose their shirt buying cryptocrap they saw on Twitter, you are investing in proven companies that sell things people like and generate value for the public.

Play god with your wallet. Don’t listen to prey.

Lastly, don’t be part of the problem

If you can wait a little longer before making big purchases, it could save you a huge sum of money.

Flex your price sensitivity. Stop paying top dollar. This is what pressures sellers to lower their prices.

It also reduces demand on their supply chain, which increases costs.

I’ve stopped going to traditional Publix and expensive grocery stores. I’m back on the Wal-Mart plan.

There’s another side to the inflation coin that people forget to mention. Yes, things will go up in price. But in the long run, losing $1 will hurt less. You will lose your sense of value of the current $1.

The takeaway from this article is simple: Your cash won’t get devalued if you don’t have a lot of it on you. Keep it out of your pocket and put it to work.