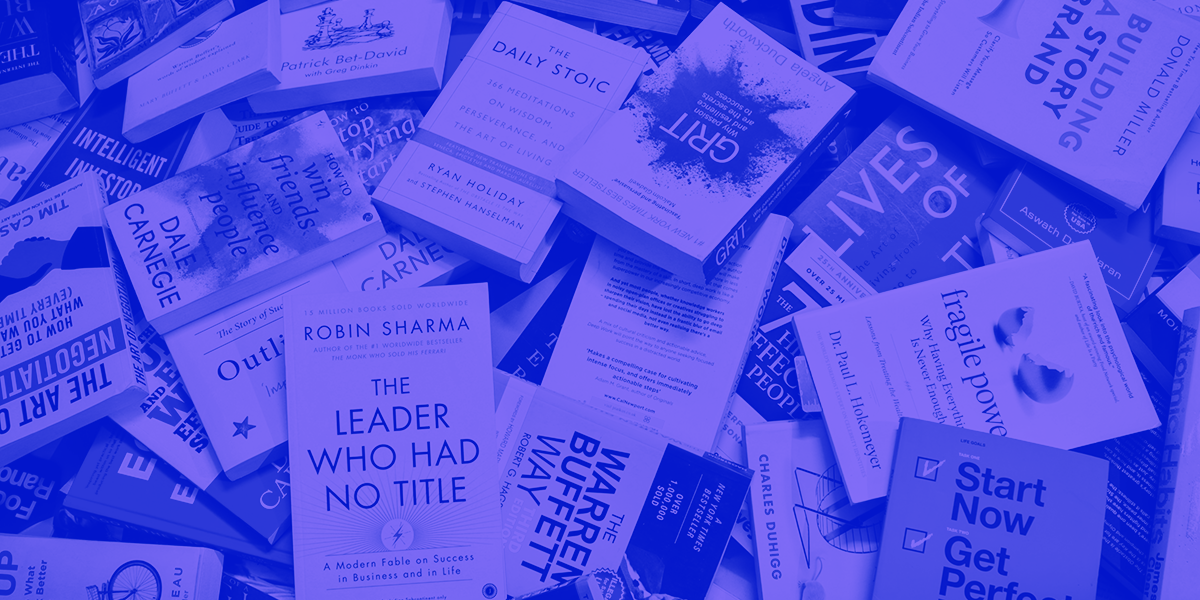 Want To Succeed in Business? These Are the Best Books for Entrepreneurs

While not every book on this list falls under the “business book” category, these are the best books for entrepreneurs.

The most important parts of building a business have nothing to do with the actual business itself. Good business owners have the right mindset, manage their emotions well, and can delay gratification.

This list of books for entrepreneurs includes a variety of titles. Keep reading for hardcore tactical books, self-improvement staples to keep you motivated, and a few bird’s eye view philosophical titles that will help you see the whole playing field.

Here are the best books every entrepreneur should read

$100m Offers: How to Make An Offer So Good People Feel Stupid Saying No By Alex Hormozi

Alex Hormozi has been taking the internet by storm. He’s known for actionable advice on social media, and “$100m Offers” is his crown jewel. It has 5,000+ reviews without a single one or two-star review. It’s that good.

People love his content because one hundred percent of it comes from experience instead of theory. He started his entrepreneurial journey by opening up his own gym.

He eventually opened six locations and sold them all. Next, he began traveling the country and helping other gym owners launch their gyms. Finally, he created digital coaching and licensing program called Gym Launch that helped him net a cool $100 million.

He currently runs a portfolio of companies doing $85 million per year in revenue.

Some of the biggest lessons I learned from the book are:

Instead of reading new business books, I’ll be re-reading “$100m Offers” ten times. Start with this one.

This book is like a gateway drug for entrepreneurs.

I first read it in college. I started reading it in the evening. Next thing you know, it was 2 a.m.,  and I still hadn’t stopped reading. Above all else, this book taught me one valuable lesson:

If you want to get rich, you need assets.

An asset is something that continues to pay you over and over and over again. Take my books, for example. I write them once, and sales continue to roll in.

He uses his “two dads” to portray people’s contrasting mindsets about money. His poor dad is his actual dad, a professor with an employee mindset. His rich dad was his friend’s father, an entrepreneur.

There are several juxtapositions shown in the book. Rich Dad took Robert in as an intern of sorts but didn’t pay him any money. Poor dad told him to demand a decent wage.

Rich dad taught him one of my favorite lessons from the book, which I’ll use to kick off the list:

Relentless: From Good, to Great, to Unstoppable by Tim Grover

I added this book because it will make you feel like you can conquer the world.

Tim Grover trained Michael Jordan. He also trained other uber-successful athletes like Kobe Bryant and Dwayne Wade. This book talks about the relentless attitude required for athletic success and applies that concept to anyone who wants to achieve anything of consequence.

In short, win for the sake of winning. Once you win, get right back to work to hit the next milestone. Never be satisfied with any of your accomplishments and keep pushing.

Relentlessness is this almost psychopathic attitude of top performers like Michael Jordan or Tom Brady. Most people look at their success and say, “Isn’t that enough winning?”

They don’t get it.

They don’t get it because they’re not cleaners.

In the book, Tim categorizes people as one of these three archetypes:

You can find cleaners everywhere, not just in sports. Often, if you want to succeed as an entrepreneur, you need to become a cleaner. Most people fail at business not due to a lack of intelligence but because they don’t have a high enough stress tolerance to get the job done.

Here are the 13 Rules to Becoming Relentless:

Zero to One: A Note on Startups, or How to Build the Future by Peter Thiel

Peter Thiel is just mentally on a different level than pretty much all other human beings. He says things I’ve just never heard another human being say before, and I could listen to him talk all day long. He’s one of the most interesting thinkers I’ve ever come across.

He challenges you to be bold and always tries to look far into the future. Safe to say, he’s been successful as far as future thinking goes. He co-founded PayPal with Elon Musk. He was an early private investor in Facebook. And he’s also helped start other billion-dollar companies like Palantir.

The book targets people who want to start unicorn venture-backed companies, but the lessons still apply to any sort of entrepreneur, and the book has a ton of insights that are just fascinating.

Let’s take a look at some of my favorites:

The Almanack of Naval Ravikant by Eric Jorgensen

He writes these short and profound snippets of wisdom that go crazy viral on Twitter. Like Alex Hormozi, he truly earned the right to share his insights.

In 1999 Ravikant founded Epinions, a consumer product review site. By 2003, the firm had been taken over by DealTime and eventually evolved into Shopping.com. This website debuted on the market in 2004 and was worth $750 million after the first day of trading. (source)

He’s since become an angel investor.

You’ll want to get these insights straight from the horse’s mouth.

I suspect the title of the former was swiped from this book because the concept is exactly the same: collect, categorize, and interpret the wisdom of a wise entrepreneur.

He focuses on avoiding ignorance and stupidity instead of trying to be smart. Instead of being good at everything, he mostly avoids fields he doesn’t understand.

He and his business partner, Warren Buffet, spend the vast majority of their time saying no to opportunities and betting heavily when they finally find one with true promise.

They famously held large cash reserves while everyone was frothing at the mouth during the stock market and crypto frenzy of 2020-2021. With equities currently in the toilet, they’ve started buying assets.

My favorite quote from the book:

Spend each day trying to be a little wiser than you were when you woke up. Discharge your duties faithfully and well. Systematically you get ahead, but not necessarily in fast spurts. Nevertheless, you build discipline by preparing for fast spurts. Slug it out one inch at a time, day by day. At the end of the day—if you live long enough—most people get what they deserve.

The best lessons from the book:

Books on their own do nothing

Instead of reading the 100 best books for entrepreneurs just to say you’ve read 100 books, read one book. Implement the advice in that book before moving on to the next one.

Books, if used wisely, can change your life.

Take the knowledge and use it to build the business of your dreams.