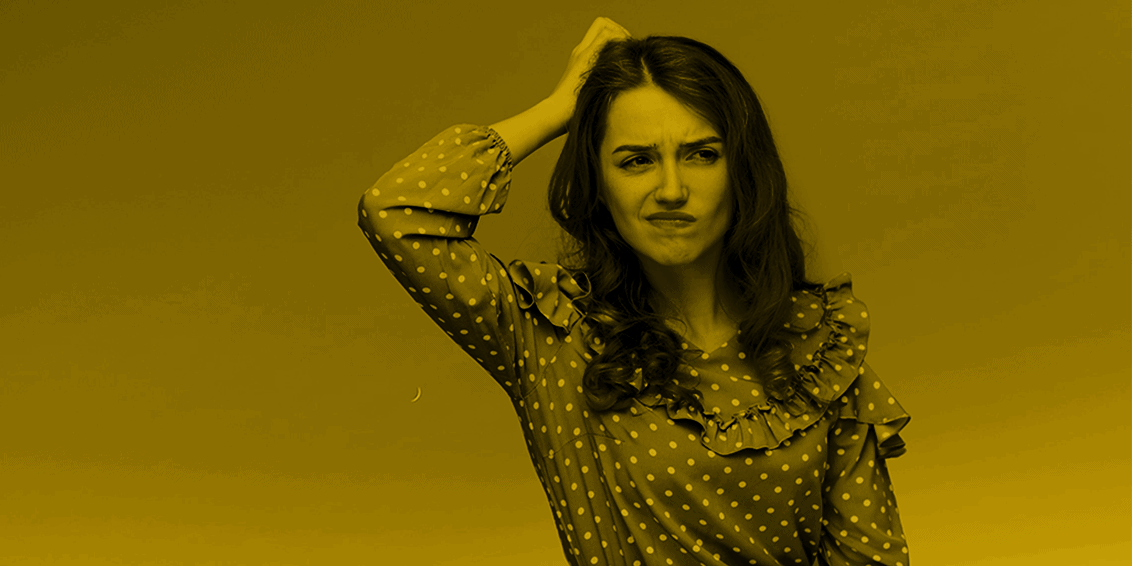 I’m a millennial. We’re the generation of passion seekers who want to have their “dream job” and feel ultimate passion and bliss from our work.

On the one hand, this attitude is good because it shows that we care about our careers and don’t want to simply work our lives away.

On the other hand, this mindset has created too much pressure around figuring out exactly what you’re supposed to do with your career and life.

If you want career success, there’s a way to get it without beating yourself up in the process. Ironically, you’re probably making career success harder than it has to be by worrying too much. As with many issues in life, the best piece of advice comes from this attitude:

Get out of your own way and career success will emerge.

If you have to do what you hate, do it well.

Grant Cardone is a highly successful real estate investor and online influencer. If you were to ask him, he’d say that he loves the career he built. But it didn’t start that way.

At the beginning of his career, he sold cars for a living. This was not even close to a fulfilling job for him. He hated it. But he decided to take a different approach to working at a job that wasn’t what he really wanted to do with his life.

Instead of half-assing his work, he dove into it fully. He decided that even though he hated his job, he was going to become the best car salesman he possibly could. That’s exactly what he did. He became one of the top salespeople in the state and also created a sales training audiotape series based on the knowledge he gained through his experience.

Cardone started to make a lot of money. Instead of flashing it, he lived well below his means. He drove a Toyota Camry even though he had one million dollars in his bank account. That seed money funded his initial investments in real estate and the rest is history. His advice?

Get good at what you hate.

Piggybacking on that point, you make career success harder than it has to be by waiting for your magical passion or dream job to fall in your lap. Instead, it makes more sense to try to gauge what you’re good at by trying things out that you might be good at.

If you’re not sure whether or not a certain path is right for you, just try it—career exploration is vital to success. Robert Greene talks about his experience of finding passion through his work:

He always had an inkling that he wanted to be a writer, but he didn’t find writing success until his mid 40s. Before that, he dabbled in tons of odd jobs, some of which involved writing.

Newspaper articles, screenplays, and more. Throughout his various odd jobs, he kept a journal and scribbled drafts. He started to notice patterns in human behavior from working at so many different places—office politics, human nature, and the way people attempted to gain power and status. This led to the idea for his mega-selling classic book, “The 48 Laws of Power.” Without having first dabbled in different areas before his true calling, he wouldn’t have had the insights to write the book.

He tried different writing gigs specifically to discover which type of writing he wanted to do. Journalism and screenplays weren’t his cups of tea, but he found that out by giving them a shot.

The lesson for you?

Be willing to dabble and experiment and always cultivate your skills, hobbies, and interests in your spare time. You can take personality tests like CliftonStrengths that highlight not only what you might be good at but also ways to further develop skills and potential career paths. Or it’s as simple as thinking about some of the cool things you’ve always been meaning to try but haven’t yet explored. The exploration itself reveals the answer—it probably won’t just come to you.

Achieve career success by being so good they can’t ignore you.

What if I were to tell you that passion doesn’t just come from the things you think you love? You can develop passion simply by getting good at something.

Many career experts argue that competency matters more than “doing what you love.” The path to passion comes through the pride and meaning you get from excelling at important work.

What’s important work? Let’s hear it straight from the mouth of one of the world’s top career experts:

If your goal is to love what you do, you must first build up “career capital” by mastering rare and valuable skills, and then cash in this capital for the traits that define great work.

The key words there are rare and valuable. You’ll get a sense of pride from doing things that can’t be easily replaced. That’s why I enjoy writing. It’s a creative skill that takes a ton of time to master, which most others aren’t willing to work at. I’ve also been able to provide value because knowing how to write well is important in a ton of different industries.

Do you see how this works yet? Don’t stress too much about exactly how your career will pan out. Maintain laser focus on providing value, developing skills, and making an impact wherever you go, no matter how big or small. If you take this approach to your career, achieving career success is a foregone conclusion.

Speaking of skills, there’s a way to build them that makes it much easier to stand out against your competition. It’s hard to be the best in the world at anything. It’s a lot easier to be the best at a unique combination of skills. This is where skill stacking comes in.

I learned about the concept of skill stacking from Scott Adam’s book How to Fail at Almost Everything and Still Win Big. He described how he found career success through his comic strip “Dilbert”—a name you surely know.

He wasn’t the best drawer in the world, but he was good enough. His sense of humor was pretty good, but not world-class. He went to school for economics and received his MBA, but didn’t graduate from an Ivy League school. But someone who is pretty good at drawing, kind of funny, and had some business sense could combine those skills to create a successful career and business from those skills.

Again, notice how all these topics layer on top of each other. A successful career comes from a layered approach. Every aspect of your career, every little task you learn, and every little skill you develop is like a little piece of a mosaic. You simply want to be in motion. And also observant. What are the trends you see in the world? What skills seem valuable to the marketplace and interesting to you at the same time.

What kind of skill stack can you build to stand out. If you can answer that question, you’ll be in a position to tailor-make and choose your career destiny.

The best career advice? First and foremost, live your life.

I’m using writers a lot here because it’s what I do and here’s another amazing piece of career advice from Cheryl Strayed. She’s the author of best-selling books like “Wild” and “Tiny Little Things: Advice From Dear Sugar”—the book that this piece of advice comes from. “Tiny Little Things” is a book of answers from an advice column Cheryl wrote.

One reader wrote to her because she was worried about her future career as a writer. The reader was in her 20s and was worried that she didn’t yet have a book deal or the career success she was after. Strayed had this to say:

Don’t lament so much about how your career is going to turn out. You don’t have a career. You have a life. Do the work. Keep the faith. Be true blue. You are a writer because you write. Keep writing and quit your bitching. Your book has a birthday. You don’t know what it is yet.

Replace writing with whatever milestone you’re working toward, or just your career success in general. Take a chill pill. The way you find real career success is by understanding that career success doesn’t actually matter. It’s an important piece of your life, yes, but one that should be integrated into the rest of your life instead of being your sole focus.

Imagine if you took the stress off yourself from having to become the next big thing and just put all of your energy into getting good for the sake of getting good. Once you get in the habit of practicing for the sake of practice, you get better. Success likes speed. It doesn’t reward thinking. It rewards action.

Ready to get started? Here’s your career advice recap.

I guarantee everything you’re looking for in your career will emerge the minute you stop thinking about it and instead start to genuinely work for it.