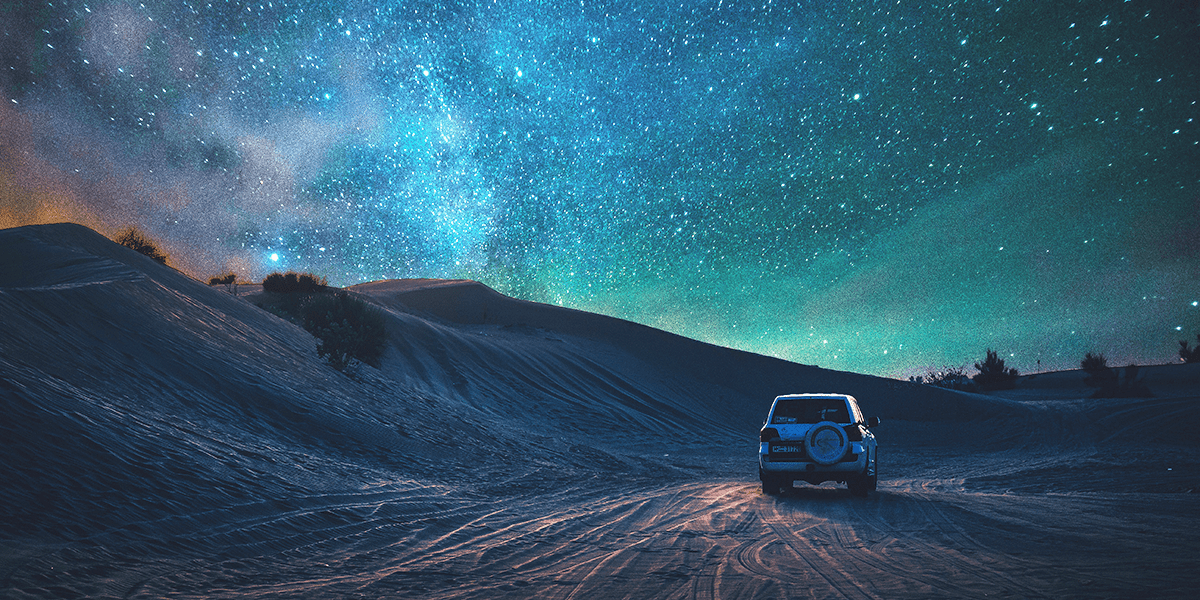 If You Want to Achieve Your Dreams, Ditch These Limiting Beliefs

So many of us get limiting beliefs stuck in our head, set in stone as if they were some scientific laws. But they aren’t. Beliefs are changeable. You don’t have to be destined to live a certain way.

You just have to change your mind.

It means you have to admit you were wrong about what reality means to you, and that’s a tough pill to swallow. If you can do it, however, you can set yourself free to live a brand new life. If you’ve bought into the lies I’m about to share, question them relentlessly.

“The sky is falling” narrative

I forgot where I read it, but I heard an interesting thesis for why people seem to be so unhappy these days. Our lives are so devoid of real problems that we have to invent new ones. It has never been more comfortable and convenient to live on an absolute basis, but some people will act as if we’re living in hell when we’re not.

There’s always a threat or a doomsday narrative to keep us afraid and outraged—democracy is crumbling, domestic terrorists are coming for us all, we’re all going to get wiped away from disease. Are these threats real? Yes. Are they overstated and do we feed on them unnecessarily? Also yes.

Because humans are wired to look at themselves in comparison to others. It looks like the sky is falling because you don’t have as much as other people have. Not only that, but you’re not confident in your ability to go get it.

Self-confident people don’t get outraged at the news and believe the sky-is-falling narrative. If you were confident, you’d just assume you could lift yourself up by the bootstraps. You wouldn’t care about the disadvantages you have because you’d be confident in your ability to overcome them.

Some people are circumstantially screwed—for example, those living in poverty—and they suffer from a double whammy of real obstacles and the psychological ones that come from their situation.

If you’re not one of those people? Be thankful, focus on what you can change, and avoid the need for a savior.

Your perverted sense of self 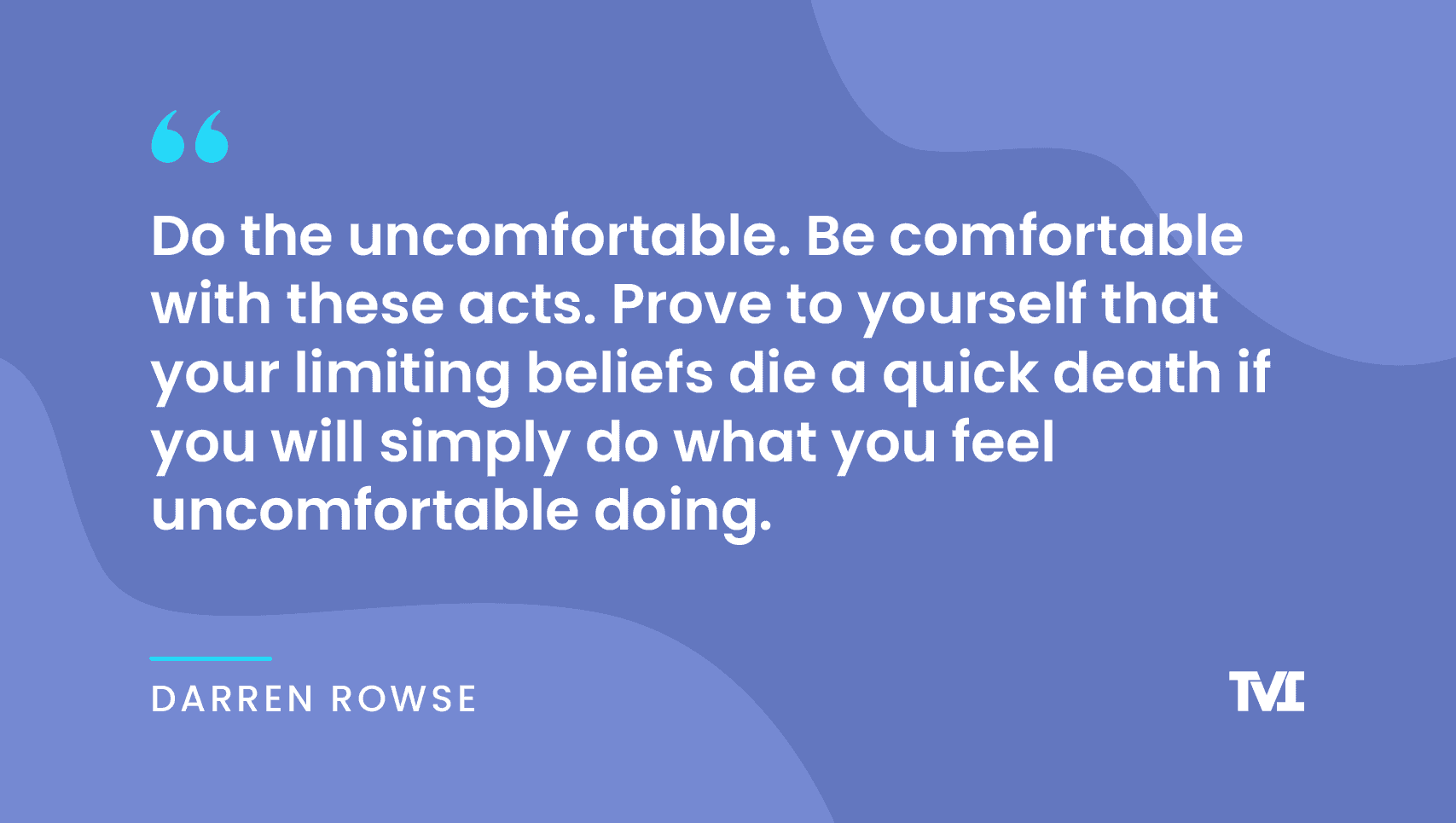 Why cling to a label that doesn’t serve you? So many of us just throw up our hands and say “it’s just the way I am.” This gives you an out, an excuse, and a way to cope.

And, deep down, you know it.

BS stories are comforting because facing the truth means you’ll lose who you currently are. For a time, you’ll have to live like a fish out of water. But, if you’re able to do this, you’ll put yourself on a new trajectory.

I talk about this constantly—life is a game of upward and downward spirals. When you’re losing in life, you become blind to opportunity and subconsciously look for more opportunities to lose so you can justify your current identity. This, of course, causes you to lose more, creating a spiral.

I used to have it in my mind that I was the type of person who started projects but never finished them. Five years have passed since I decided to reinvent myself. I’ve published three books, gave speeches in front of 1,000+ people, created products, and successfully completed hundreds of blog posts.

How? I gradually re-defined my sense of self and grew my confidence by developing competence at a skill I enjoyed. This is the process. One day, you look up and the “old you” doesn’t even feel real anymore.

You don’t have to believe your limiting beliefs. Me saying that doesn’t make the process easier for you, but it’s the truth.

Within reason, you can do or be anything you want if you have a bit of talent for it. You don’t have to be destined to be a background character in the game of life at all.

The idea that you have to live this way

You don’t have to be Dwight Schrute, fantasizing about making 80K a year, to let middle-class thinking subtly ruin your life. See the game that’s being played around you. From a young age, you’ve had this narrative jammed into your brain that you have to follow these BS societal rules. And since most of the people you see around you follow these rules, you just accept it as an inevitable fate. The middle-class is being led to slaughter—inflation, shrinking job prospects, debt, indentured servitude, media brainwashing, consumerist culture, psychological manipulation, all of which lead to a sense of learned helplessness.

The American dream is a marketing campaign created by banks and companies to keep you living like an indentured servant the rest of your life, using the keep-up-with-the-Joneses routine to numb yourself from the fact you’re wasting your life. Let it go.

The process of delayed gratification can be challenging—but it’s possible. Anyone with reasonable intelligence can create a vehicle to escape the rat race. Running on the hamster wheel the rest of your life is a choice.

The misguided belief about this powerful tool

If you want to earn the type of living that gives you flexibility, you have to stop believing that money is scarce.

You have to stop believing economics and trade is a zero-sum game. It isn’t. Actually, it’s a positive, multiplicative game for the most part.

Capitalism has many messed up elements to it and the game is often quite rigged. But you can still play the game to your advantage if you have the right mindset.

The way you feel about money dictates how much of it you have, your feelings about earning it, spending it, and saving it—it affects your entire economic situation.

You know who taught you money is scarce?

Politicians who make a killing off their rent-seeking, pseudo-Buddhist-environmental-activist Hollywood actors who fly private jets, millionaires who criticize billionaires. The games they play are so simple and see-through—don’t fall for them.

For the love of money is a root of all kinds of evil. Some people, eager for money, have wandered from the faith and pierced themselves with many griefs.

Who loves money more? Someone who slaves over it, gets in debt with it, and uses it to build a middle-class dream turned nightmare? Or someone who uses money as a simple means to an end for their freedom?

Change your relationship with money. It’s everywhere you look. Transactions happen all the time—you’re just on the wrong side of those transactions, always consuming and never producing.

You don’t need a huge slice of the pie, just get a tiny fraction of the 7 billion people on planet earth to buy something from you. Do the math—$100k a year is ~$12hr when you have a business that sells products 24 hours a day. Five years to build a business that gives you your freedom. That’s the number. Do it. 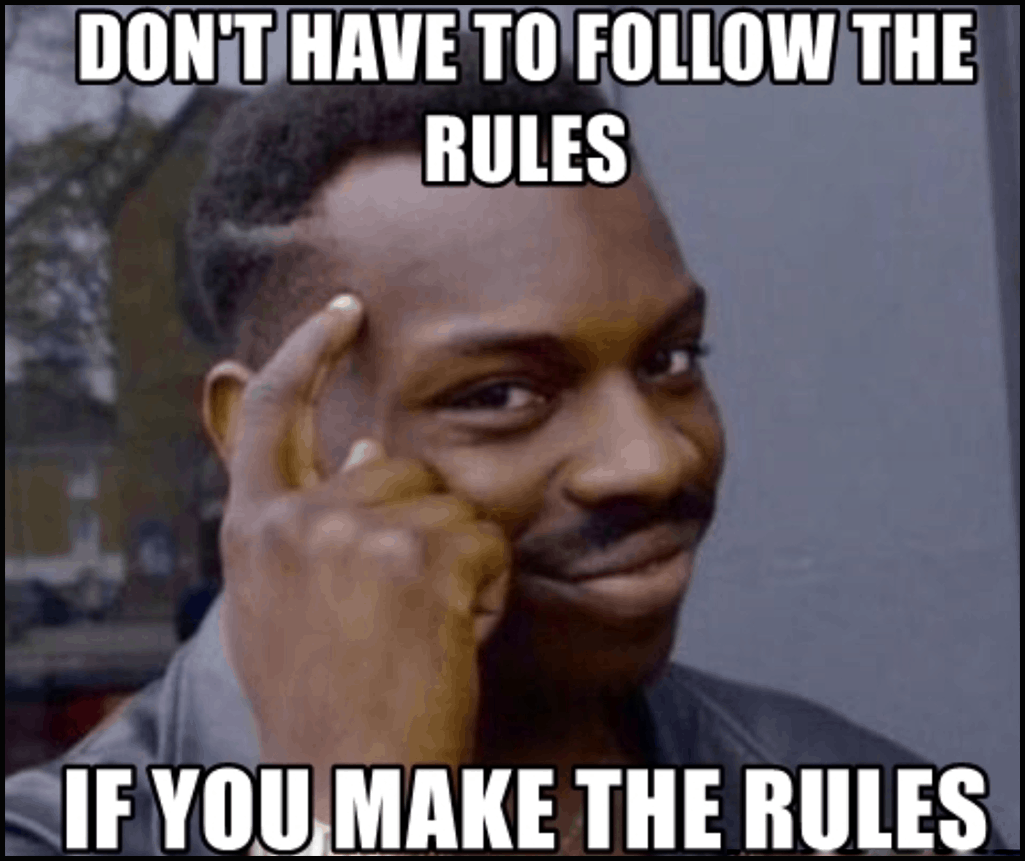 Last, give up the belief that any laws or rules dictate reality except for the laws of physics. Understand your susceptibility to authority bias—which is your penchant to just take what someone with authority says at face value.

Roll the dice. What’s the worst that could happen? You apply for that job that says 5 years experience required, but you create a crazy, cool, unique resume that says you only have 3 years of experience but shows with evidence why that doesn’t matter.

You learn that pretty much everything is negotiable. I remember once haggling over a car and the salespeople would go back to “talk to the manager” and print up some fancy looking document with the adjusted price to make the price seem unbendable and official. BS. Whittled them down some more.

You let go of the societal rules.

“You need a degree to succeed.” Untrue. I don’t have one and I’m winning.

“Starting a business is risky.” Untrue in the internet age because capital requirements are low.

“You have to get a 30-year mortgage, drive a brand new car, vote, have 2.5 kids, live in some series of homogeneous boxes on the hillside.”  Nope. Don’t have to do that either.

Laws aren’t real. We just agree with them. They’re backed by force but if we all rose up at once that force would be rendered useless.

Money isn’t real, we just agree that it is and use it as a medium for exchange.

Your perception of reality isn’t even objectively real because someone else would react differently to your exact set of circumstances.

None of this is “real.” Except it’s real to you. So what do you do?

Gamify your life. Take it extremely seriously yet unseriously at the same time. At this point, I’m just trying to see how far I can take things for the sake of doing it—seeing how far I can make reality bend to my will and continue to do things I previously thought I was incapable of.

I want you to play the game, too.

Once you realize how powerful you actually are, you’ll kick yourself for having so many limiting beliefs in the first place. Rules are for those who want to stay stuck. You’re a winner.