How to Make Money as a Teenager: Your Exhaustive Guide

My father made me start working when I turned 16 to pay for my own gas and other extraneous things.

I found a job quickly or, I should say, my dad found me a job quickly. He owns a few dry cleaners and promptly told me that I’d spend my weekday afternoons manning one of his stores.

He paid me $10 per hour, which came out to about $150 per week, and I remember it being pure torture.

It was the perfect storm of teenage boredom.

First, the store was dead during the few hours I worked, so I didn’t have much actual work to do. My dad just needed a body in the store to wait on the (very few) customers and close the shop at the end of the night.

Second, believe it or not, there was no wireless Internet during this time. So if I wanted to connect to the Internet, I tied up the only phone line to the store, and boy did that make my dad salty. He’d call just to make sure he didn’t get a busy signal!

I don’t even remember what I did on the Internet back then. I do remember spending an obscene amount of time editing photos in some fake Photoshop program from the past weekend’s party.

There is nothing I hate more than being stuck somewhere I don’t want to be, hence why this was such a tortuous experience for me.

So forgive me for sounding like a grandma when I say, you teenagers sure have it good today.

Thanks to the world wide [wireless] web, you have a million, much cooler ways to earn money today—none of which require you to be stuck somewhere for hours on end without a million and one ways to keep yourself busy.

Couple that with the fact that these “much cooler ways to earn money” also help you kill two birds with one stone, because they require a repertoire of hard and soft skills that you can easily showcase in your online portfolio.

This translates to more money down the road. And since two-thirds of lifetime wage growth happens in the first 10 years of your career, the earlier you start building your portfolio, the better off you’ll be in the future.

Here’s the catch though. For all of you googling, “how to make money fast as a teen,” and “easy ways to earn money as a teenager,” let me tell you: There is no such thing as a get-rich quick scheme.

Anyone who banks has put in A LOT of hard work over a sustained period of time, and they’ve definitely failed a few times, at least. 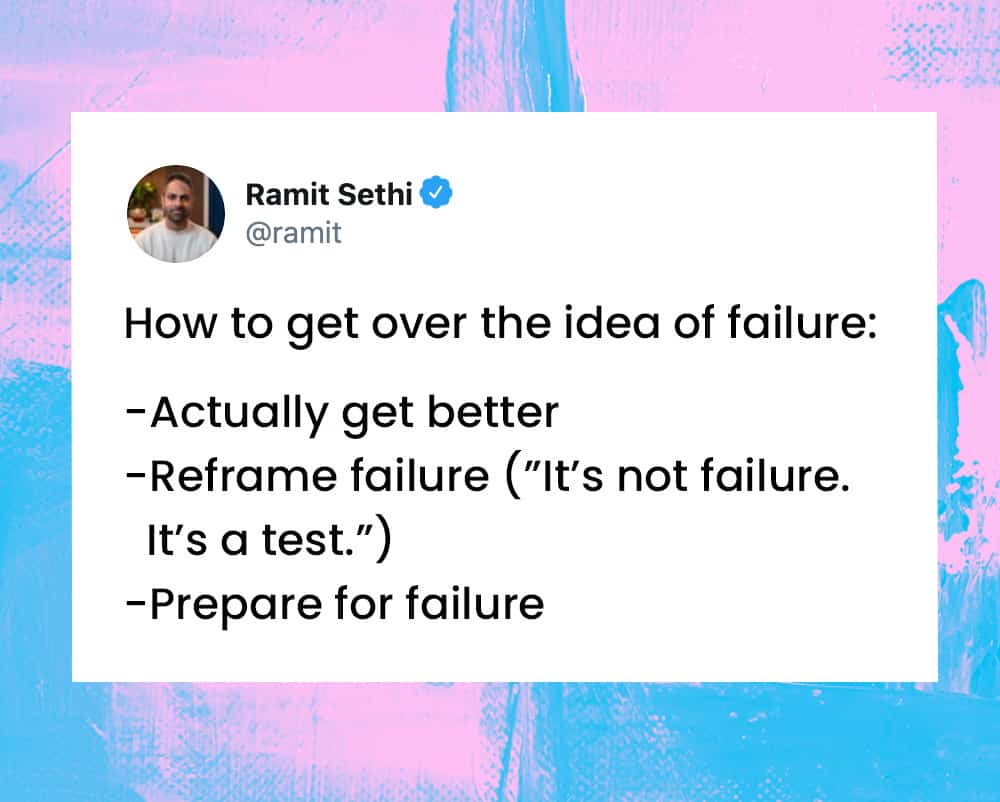 The good news is: You’re a teenager, which means you’re likely still supported by your family, which means now is the time to make mistakes.

And people love to help young, motivated individuals succeed, so you’ll have a plethora of resources—as long as you’re likeable and politely ask for what you need. Receiving free help and resources becomes harder and harder the older you get, so take full advantage of your youthful energy.

Anyway, back to my Google comment… I brought this up because the posts on the first page of Google might leave you thinking that making money online is easy. Easy like registering for Swagbucks or Survey Junkie. But let me tell you, as a solopreneur and digital marketer with 10 years of experience under her belt, making money online is never that easy.

So if you’re interested in putting the blood, sweat, and tears, keep reading. In this blog post, you’ll learn DIFFERENT and much more rewarding ways to earn money as a teenager that will help you develop skills you can harness for life.

How to make money as a teen 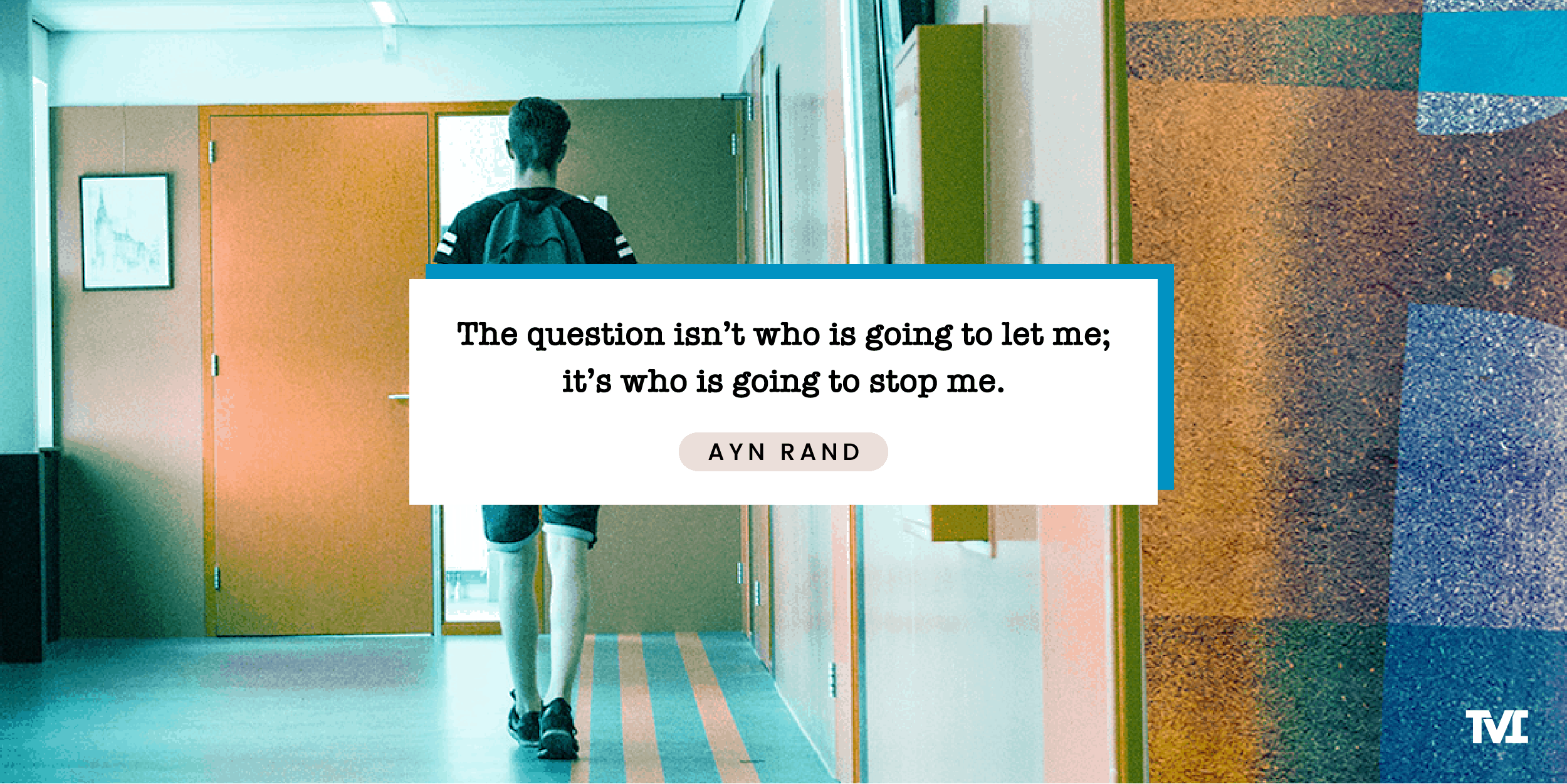 Make something to sell 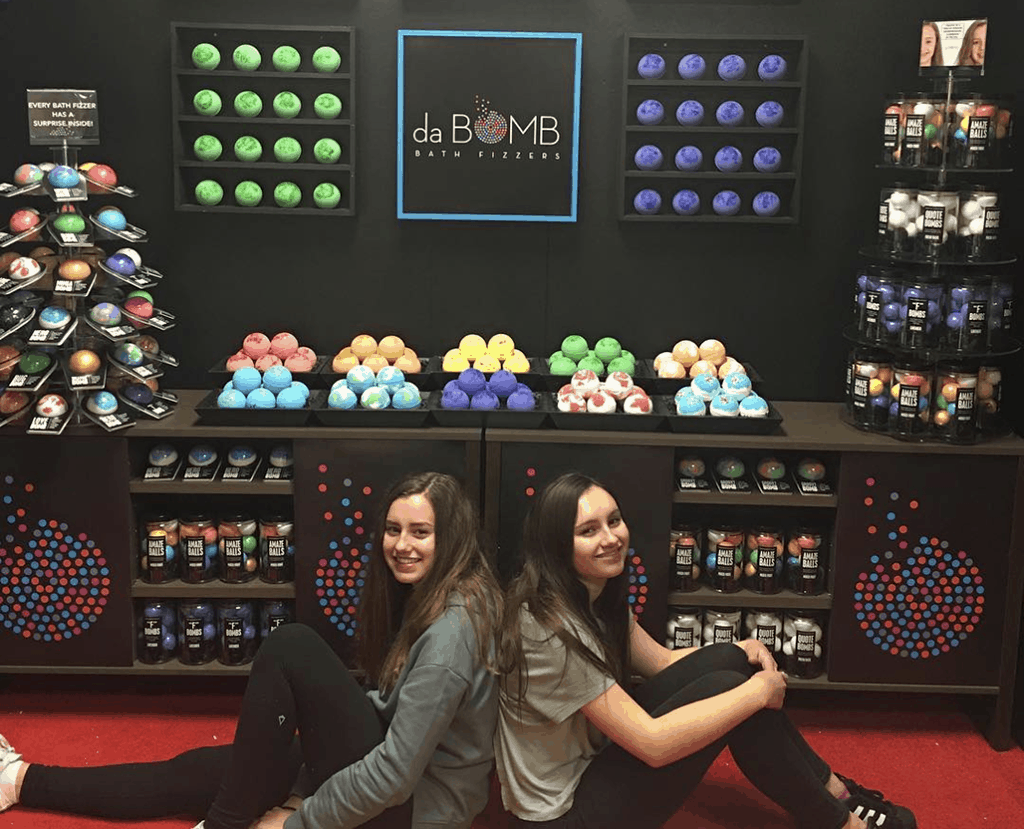 In 2013, the Bercaws founded what would become Da Bomb Bath Fizzers. It started when the sisters decided to make their own bath bombs, when they saw room for improvement in the current products on the market.

They put a new spin on them by adding a surprise inside each. They were flabbergasted when they sold out—150 bath bombs at a local fair in just two days—and realized there was a business in these babies.

According to Business Insider, as of 2018, Da Bomb Bath Fizzers owns a 45,000-square-foot warehouse, employs over 150 people, and produces around 500,000 bath bombs a month. More than 20 different types of bath bombs are available, which can be found in more than 7,000 stores across the country, including major retailers such as Ulta Beauty, Target, and Hot Topic.

What could you make that requires minimal investment and sell either locally or online?

The secondary sneaker market has swelled to somewhere in the range of a $2 billion market with the potential to reach $6 billion by 2025, according to investment bank Cowen.

And smart teenagers, looking for better money-making opportunities, are profiting from this newly found industry.

It usually starts with a parent giving the teen a couple hundred dollars so they can buy a pair of sneakers and flip them for a profit. Then, they pay the parent back, and use the profit to buy more sneakers. Rinse and repeat.

Aaron Maresky is a prime example.

In 2016, 15-year-old Maresky filled his days researching new sneaker releases—the day and time they’re releasing, what’s selling out, what they’re selling for on the secondary market—when he developed a plan. He asked his dad for $350, using the loan to buy a pair of OVO x Jordan 12s, and immediately flipped them. He paid back the $350, and used his $400 profit to buy two pairs of Yeezys. 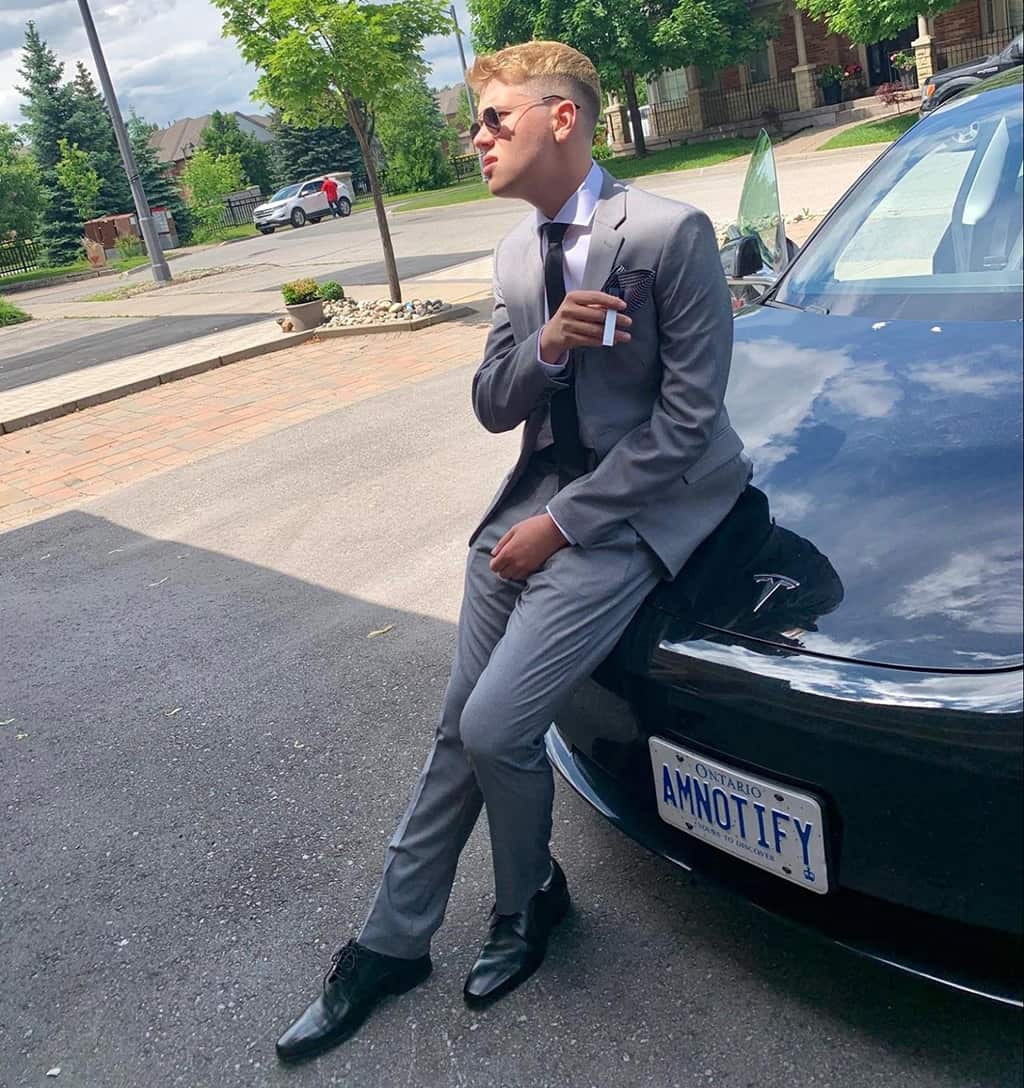 Flash forward to now, and Maresky can be caught flying around town in a Tesla he purchased himself.

Now, instead of reselling sneakers, he helps other resellers make money with his group AMNotify—an exclusive Discord group that shares private information about the sneaker economy to help them bank.

The group has this sort of access all over the sneaker industry. Maresky claims AMNotify members bought at least 450 of the 500 Post Malone Crocs initially released, and owns 40% of the MCA Virgil Abloh Nikes, which are currently retailing $2,000. One group member tells me they’ve sold $1,489 worth of sneakers this month—and that’s below average. In a good month, this person will sell $2,500 to $3,000 worth of gear for a $1,500 profit. A diligent spreadsheet keeps track of the shoes they’re holding onto—Yeezys, Sacai Nikes, and a pair of original 2017 Off-White x Nike Jordans worth $5,000—and puts the on-ice collection’s value at $13,751.46. Together, Maresky claims that the group buys up 30,000 sneakers a month and has made “collectively over half a million in profit on, like, a given day,” he says, citing figures that come from internal polling.

How to make money online in high school 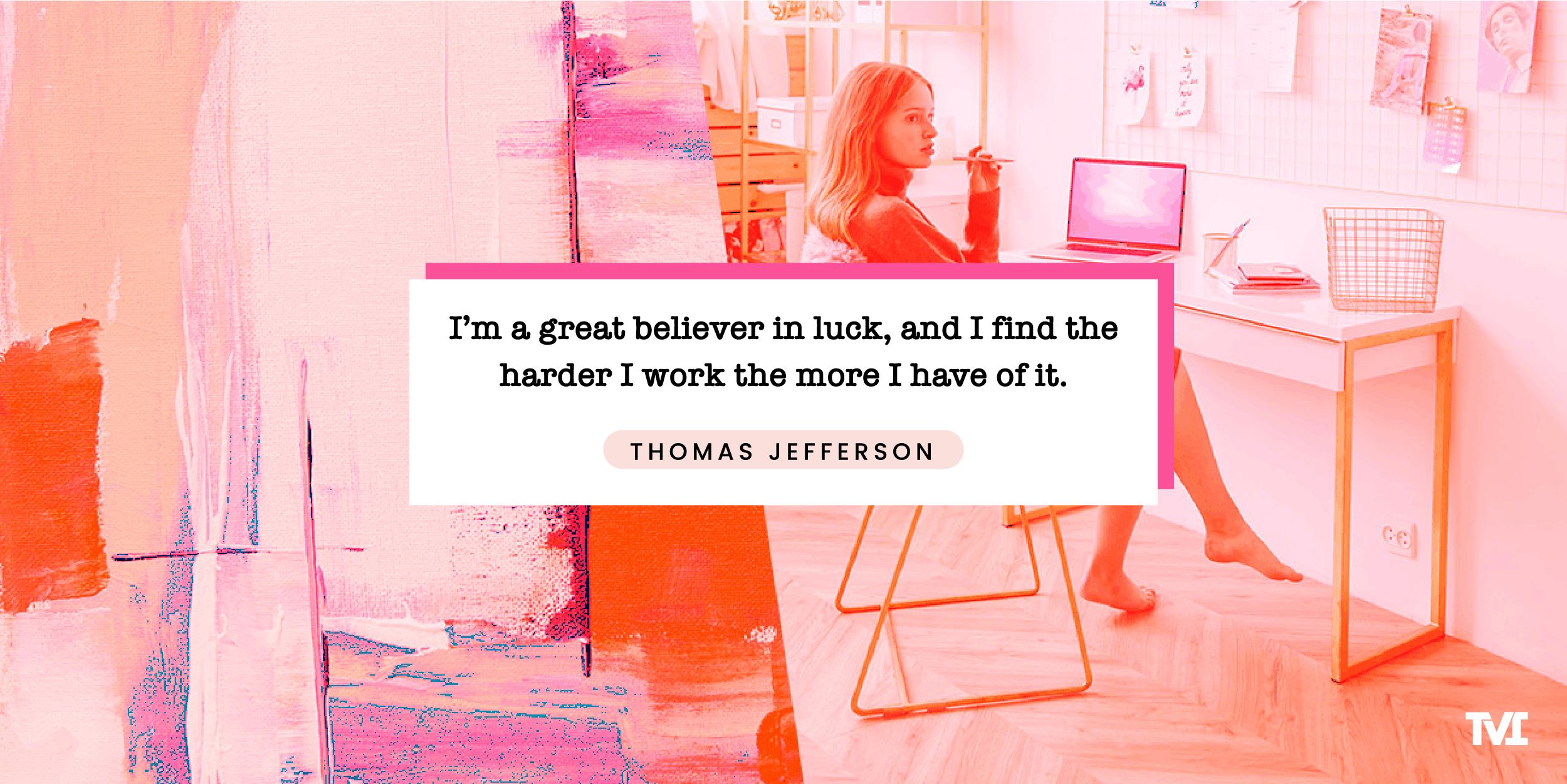 As of 2018, there were 20 million registered developers on iOS, who have collectively earned $100 billion in revenue, with the App Store bringing in some 500 million visitors per week, according to TechCrunch.

As you just read, building apps can earn you a better than decent income. Yes, even as a teenager.

How to make money as a teenage app developer

Sell your app(s) on the app store 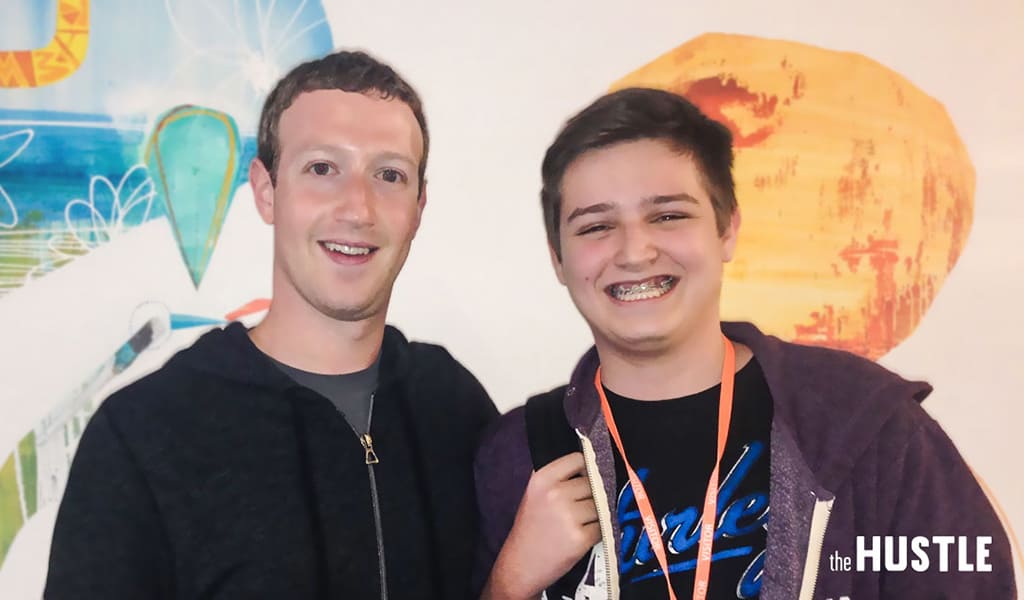 This 17-year-old beat apps like Lyft and Starbucks before he was old enough to vote. (source)

Michael Sayman met Mark Zuckerberg at the ripe age of 17, thanks to his success on the App Store. He charged $1 per download for his first app, and earned $5,000 in his first month. Now, he works for Facebook.

Register on Upwork and Fiverr to find work ASAP. Then once you build a client base, you can build your own website to market your services. Also, get active on LinkedIn and Twitter.

Pitch your app to investors

Nick D’Aloisio created Trimmit (later rebranded as Summly), a news summary app that Yahoo acquired for $30 million in 2013. Prior to getting acquired, he earned money by securing millions from celebrity angel investors and seed-stage venture capitalist (VC) firms.

You may have heard of the gig economy.

If you haven’t, it basically means that the future of work will be done by freelancers, or self-employed workers who do project-based—sometimes recurring—work for multiple companies simultaneously to support themselves.

By starting to freelance now, you’ll be way ahead of the game. Freelancing allows you to learn and earn at the same time. I highly recommend it.

Even if you have a steady job already, a great way to explore other interests and passions is through a side hustle. Why not make extra money and build some new skills at the same time?

What can you do?

Make money without a job

I know, I know—too good to be true, right? Hear me out. While easy ways to make money for teens are few and far between, the digital age does have its share of advantages—and opportunities—if you know where to look . You can get paid to take online surveys, evaluate websites and apps, or sell your stuff.

Determine the best fit for you 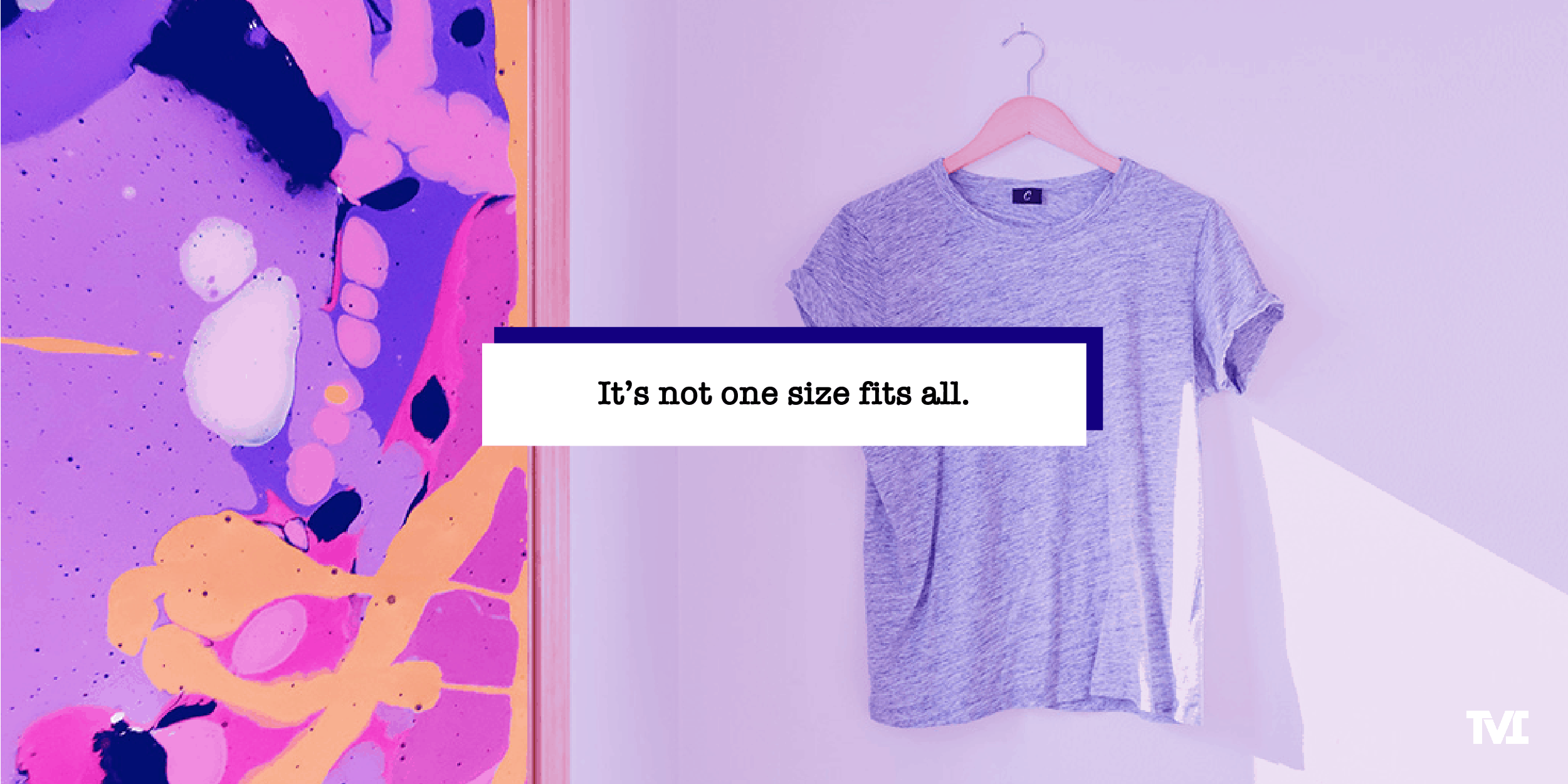 Some of these money-making ideas are easier to get started with than others. Your top priority might be to earn cash quickly. Or, you might be more interested in developing skills/exploring your interests—and how much money you make takes a backseat to experience. Figure out what’s most important to you. Depending on your situation, and how much time you can invest, there are many possibilities. Nate O’Brien shares a few below:

More ideas to research on your own

How to make money as a teenager: A few final tips

Even if your parents don’t force you to start making money like my dad forced me, I HIGHLY recommend finding ways to do so anyway—but do it in a smarter, more productive, and less traditional way.

The above list is obviously not definitive, so be creative and open-minded when thinking about ways you can learn AND earn. You might just find a career or build a business before you even graduate from high school.