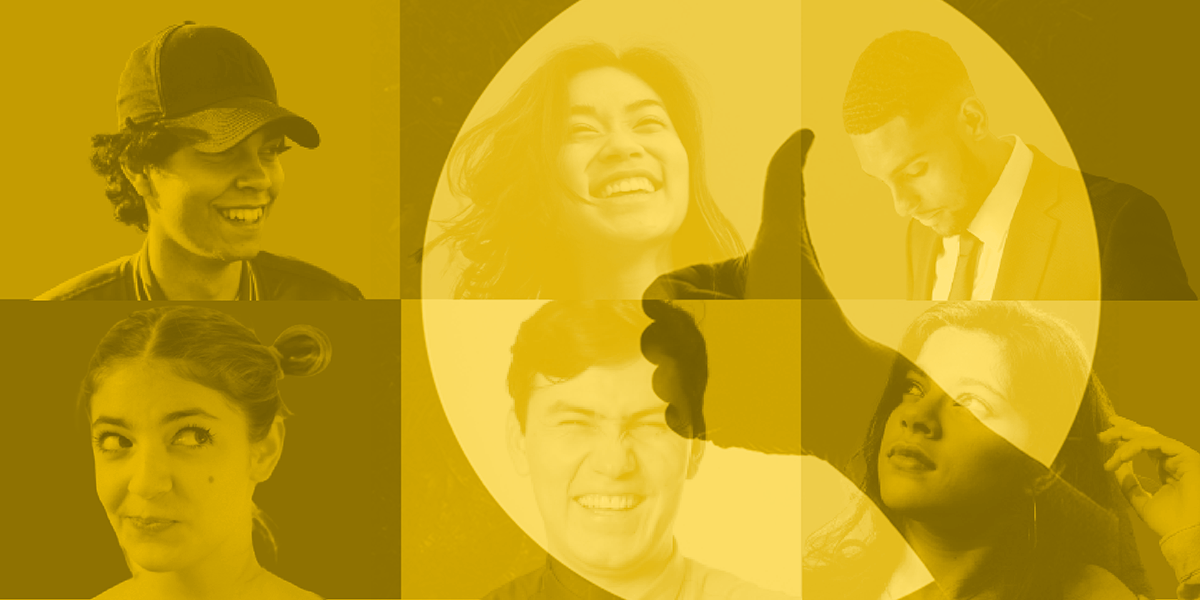 How To Be More Likeable: 8 Steps to Your Most Winsome Self

It’s true. No matter who you are, there will be people you come across in life who don’t like you. And that hurts.

But on the flip side, it feels simply amazing when someone does like you. It can do wonders for your confidence, for one. Being likeable can also help you build deeper relationships and even bring you more success at work.

We all want to be likeable, but it seems to come easier to some people than others. When you start to pay attention, you realize that these hyper-likeable people have some common traits.

If you’re wondering how to be more likeable,  cultivating some of these same traits can be a big help.

Here are 8 things you can do to make yourself a more likeable person.

1. The golden rule: Be your most authentic self

If there’s one thing on this list that you focus on, make it this: To be more likeable, you need to be your authentic self.

That’s easier said than done (understatement of the year)—people spend their entire lives building authenticity. But being fake, or trying to be someone you’re not, will definitely work against you in your quest to be more likeable.

Being authentic starts with loving yourself first and turning inward to explore who you truly are and what makes you, you. It sounds hard, but when you work on this, you’ll become a bigger fan of yourself, and more people will consider you to be a likeable person.

I’ve already written a big guide to cultivating authenticity. I suggest you start here if this is something you want to work on:

2. Learn how to listen and converse well

The first tip on this list is all about working on yourself, but if you really want to know how to be a more likeable person, you have to think about how others perceive you.

People are more apt to like you if they know the feeling is mutual. They want to know that you like them and genuinely care about them. And there’s no better way to demonstrate that you care about someone than by practicing active listening.

Active listening means keeping your heart and mind open and focusing on the person you’re talking to rather than thinking about what you want to say next. Passive listening on the other hand, means you only half-listen, maybe nodding or saying “uh-huh.” You probably know what it feels like to engage with a passive listener; you walk away feeling like they don’t really care about you all that much.

I’ve got another guide all about learning how to listen actively here:

Beyond listening well, you’ll also need to work on your conversation skills to be more likeable.

Think of conversations like a piece of cake you’re sharing with a friend. You don’t want to be the person who gobbles up almost all of it or eats all the delicious frosting before the other person has a chance.

Conversations should be balanced—if you find yourself doing all the talking and none of the listening, you’re going to struggle to make your conversation partner like you. Ask questions to deepen the conversation, and while you can share a relatable story every once in a while, don’t make every conversation about yourself.

3. Be a proactive and kindhearted friend

You know what really makes someone likeable? When they do something kind, for no particular reason.

Random acts of kindness are endearing because so often, people are completely caught up in their own worlds. When you do something kind for someone simply because you want to, you’re showing them that you were thinking of them (and that makes most people feel amazing).

These acts of kindness don’t always have to be grand gestures. You can easily do little things to show the people around you that you care:

And the very easiest act of kindness that will make you more likeable: Give compliments! As long as the compliments you are giving are genuine and centered on kindness, you’ll up your likeability score easily.

If you’ve ever seen the old SNL sketch about Debbie Downer, you know how negativity can really impact how likeable someone is.

A surefire way to be less likeable is to bring other people’s moods down. There’s certainly a time and a place to make legitimate complaints, but not when you’re trying to win someone over.

On the flip side, positive and optimistic people are often seen as more likeable, as long as it’s (you guessed it) genuine.

Of course, you don’t need to force positivity if you’re not feeling it. But if you are in an excessively negative mood (which happens to everyone), it may be best to take some time alone or speak with a therapist or confidant who already knows and likes you.

5. Search for common ground and be less judgemental

This is my favorite tip for how to be more likeable at work since you often have no control over who you interact with on a daily basis. Unless you’re a CEO or founder, you likely won’t get to choose your colleagues or clients.

When you’re in a situation where you don’t know someone but need or want them to like you, the first order of business should be to find common ground.

Finding something you have in common with another person helps you form a connection; these kinds of personal connections are what make you likeable in someone’s eyes.

How do you find common ground? Well, see tip #2 above☝️. Listen to the person you’re talking to. Find out what they like, what they hate, what they’re curious about, what they worry about. Eventually, if you ask enough questions, you’ll stumble upon something you have in common.

From there, you can build a rapport and leave a positive impression that will last a long time. Soon enough, you’ll have a reputation as the kind of person who can get along with most anyone. And that’s pretty dang likeable.

In a similar vein, you’ll be far more likeable if you check your judgments at the door. You may disagree with someone or find their interests boring or weird. But casting a judgemental eye on them is an ugly thing to do—and people notice. Cast judgment too often, and people will start to wonder what you’re saying or thinking about them when they’re not around. That will kill your likeability dead in the water.

6. Cultivate a sense of humor

Laughter releases endorphins—the brain chemical responsible for making people feel good. So it’s no surprise that people who have a good sense of humor are some of the most likeable people out there.

Telling you to “be funnier” is a lot like telling you to turn into a refrigerator. The harder you try, the more impossible it seems.

A big part of being funny is being observant. The more you pay close attention to the world around you, the easier it will be to make a joke out of an astute observation. You can also learn to be funnier by studying others—if you ever needed an excuse to watch a few hours of comedy specials on Netflix, this is it.

For your sense of humor to translate into likeability, avoid cracking jokes at the expense of others (even people you aren’t trying to impress). Bullying and cruelty can often masquerade as comedy, but people will see through this, and your chances of being seen as a likeable person will plummet.

Being likeable isn’t just about your words and actions—it’s also about how you hold yourself when interacting with someone else.

Remember, the key to being likeable is showing people you care and are interested in them. You can demonstrate this with body language:

It may take some practice, especially if you’re used to slouching or you find eye contact to be uncomfortable. But as you begin to master warm and friendly body language, likeability will come much easier.

8. Be willing to be vulnerable

I’m saving the hardest tip for last. To be a truly likeable person, you’re going to have to show vulnerability at some point.

It may seem like the path to being likeable is to put on a persona of perfection. But there’s evidence that projecting an image of flawlessness actually makes you less likeable.

There’s a name for this phenomenon in the world of social science: The Pratfall Effect. It was developed in the 1960s by a researcher named Elliot Aronson, who gave four groups of test subjects audio of someone answering trivia questions.

On some of those tapes, the person in the recording got almost all the questions right. In others, the voice actor got plenty of them wrong and even admitted they’d spilled coffee all over themselves. (These little goofs are known as pratfalls.)

The participants in the study then were asked to rate how likeable the people in the tapes were—and the recordings that included pratfalls were found to be far more likeable.

For a more recent example, think about how endearing most people find Jennifer Lawrence, even though she’s known for moments like this:

The reality is that everyone has flaws. Flaws are what make us human, so being willing to show your vulnerable side is a way of demonstrating that you’re a genuine, honest, and real person. Your flaws make you more relatable, and relatability is a big part of being likeable.

There’s a good chance that you’re already likeable in many people’s eyes. That doesn’t mean you can’t work on being even more likeable, in more situations, with a broader audience of people.

Stay true to yourself and practice the tips I’ve laid out in this article, and you’re sure to become a more likeable person in the long run.