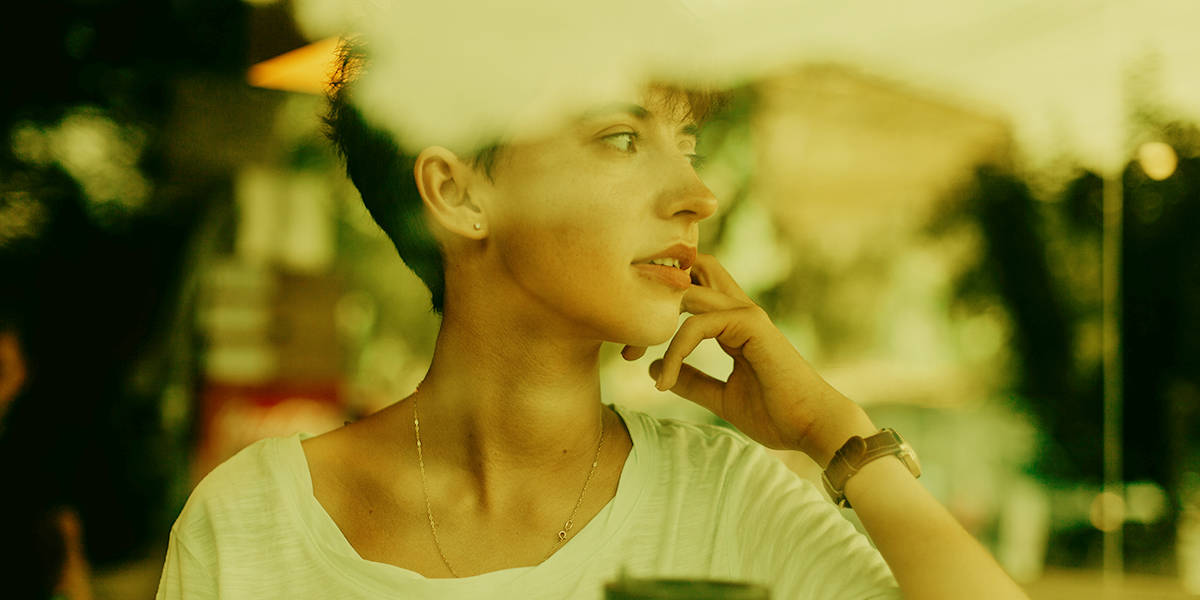 7 Things to Give Up for a Positive Self-Image

High self-esteem gives you the courage and confidence to tackle new goals and challenges. It helps you move through the world with a sense of comfort and ease knowing that you can handle anything that comes your way.

The opposite is also true.

Too many people needlessly suffer from self-esteem issues that keep them from getting what they want. You’d think the remedy to boosting your self-esteem would involve adding something to your life. Self-improvement often preaches this message.

The thinking goes, if you want to feel better about yourself, go out there and achieve your goals! Get in shape, start a business, find a great job, dress to impress, follow your dreams, the list goes on.

But there’s an underlying message in self-improvement that can cause you to continue to have low self-esteem, even if you do achieve your goals and check the worldly boxes.

What underlying message? The idea that you’re not enough as you are, right now. What if, instead, you removed all the limiting beliefs and misguided notions that contribute to low self-esteem in the first place? Let’s take a look at some things to get rid of so that you’re left with a more confident you.

Give up this misguided belief about yourself 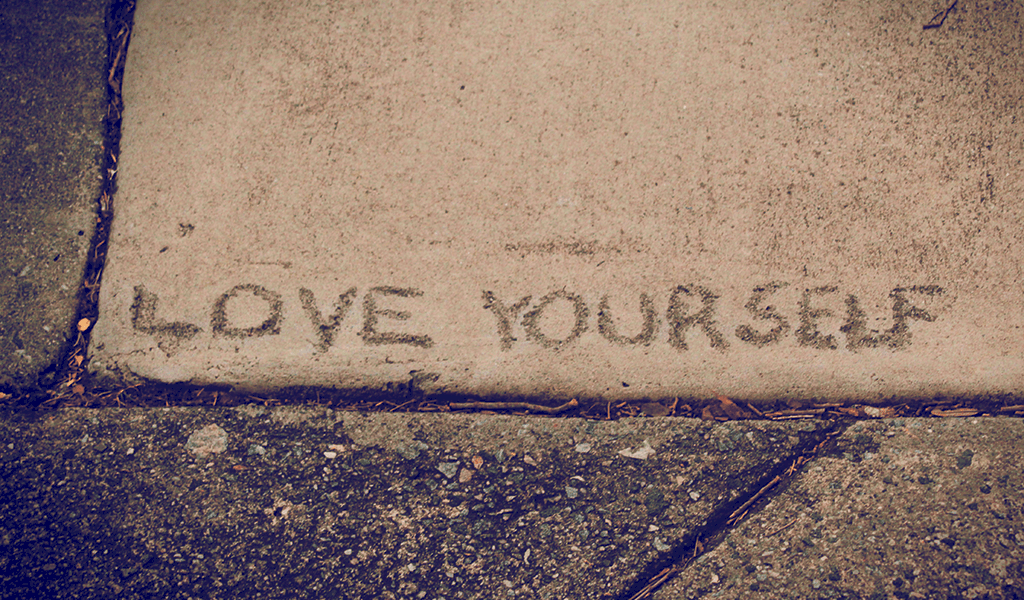 The roman emperor Marcus Aurelius has a quote about the way you should view the opinions of other people:

You want praise from people who kick themselves every fifteen minutes, the approval of people who despise themselves. (Is it a sign of self-respect to regret nearly everything you do?)

Instead of just interpreting this as “don’t care what other people think,” take it a step further and understand that everyone around you is probably just as insecure as you are at times. Use this insight to give up the belief that there’s something uniquely wrong with you for kicking yourself every 15 minutes.

Give up those who subtract from your life 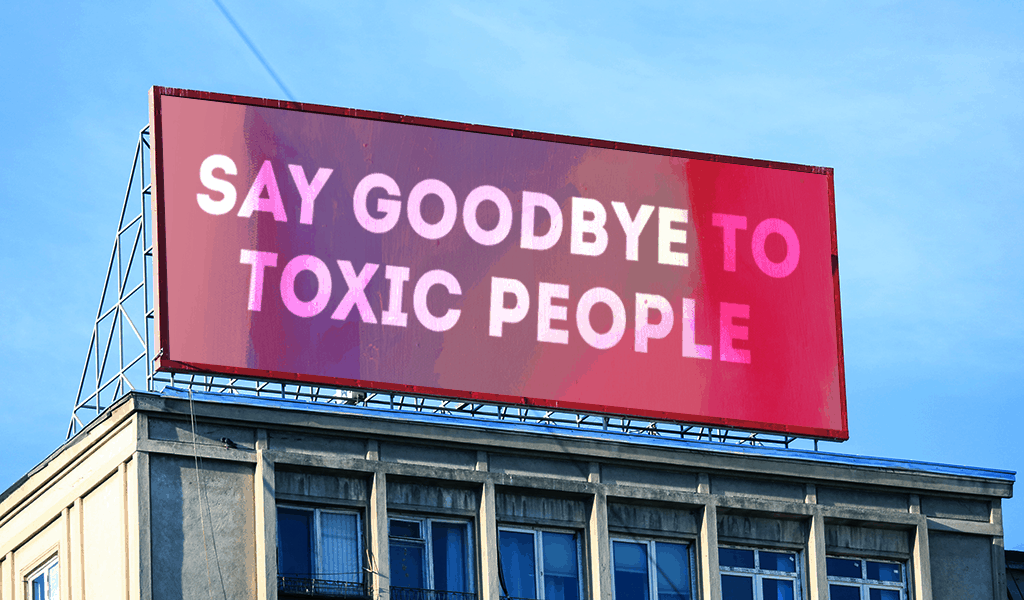 This applies to all relationships, not just romantic ones. I had a friend in college. Deep down, he was a good person. But he had a pessimistic worldview and a ton of negative energy. He’s the type of person who might make you feel worn down after being around them for too long.

He once tried to sit me down and convince me not to pursue a writing career. That’s when I knew he could no longer be a part of my life. Again, the goal isn’t to be some machiavellian type of person who deeply analyzes each relationship. Just understand that some people can simply be dead weight and keep both your self-esteem and your future prospects lower than they could or should be.

There’s a saying “You are the average of the five people you spend your time with.” It’s important to be aware of your environment, especially the people you have in your life. And often, it’s easier to remove truly toxic people from your life than to find the ultimate group of high achieving friends.

Give up this attitude toward life 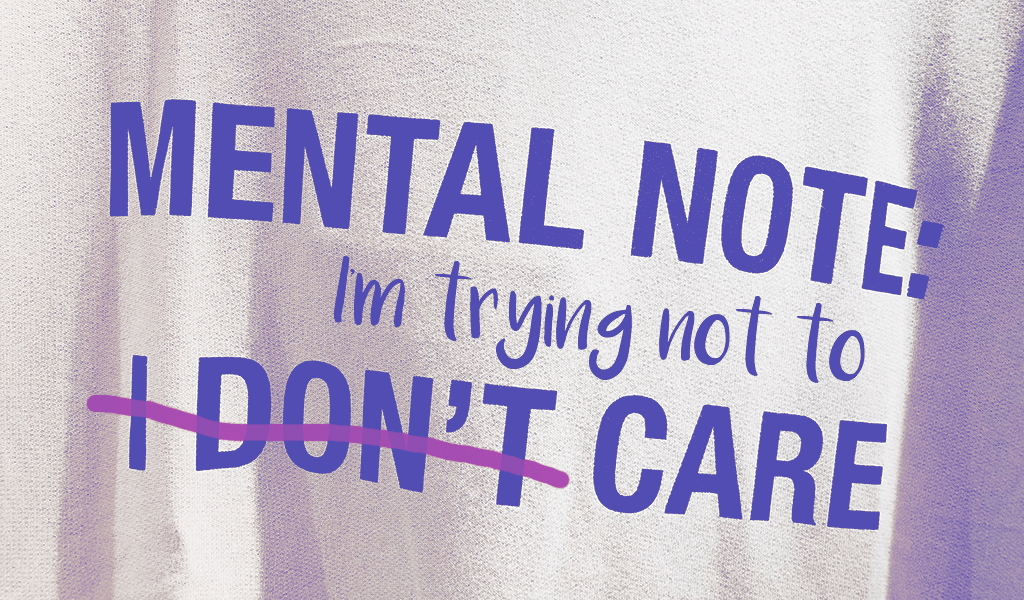 It’s weird. On the one hand, you should take your life seriously. Goals are important. Achieving them means something. You should pursue a career you love that makes you feel a sense of purpose. You should care about the opinions of the people you care about. And there are definitely a ton of responsibilities to take care of.

But the overall sense that what we do matters deeply can keep us from being bold and doing the things we really want to do with our life. Give up the idea that any of this should be taken super seriously.

Think about it, if your actions aligned with the truth—the fact that you have just a short time on this earth, an earth that’s a tiny speck of dust in the universe—you’d move through life freely.

You wouldn’t care so much about everything. Think of a word that describes a confident and fun person. They’re carefree. If you want to have higher self-esteem, you must stop caring so damn much. It’s not that you shouldn’t care about anything, but that you *choose* the right things to care about.

Mark Mason talks about this in his bestselling book, The Subtle Art of Not Giving a F***

You and everyone you know are going to be dead soon. And in the short amount of time between here and there, you have a limited amount of f***s to give. Very few, in fact. And if you go around giving a f*** about everything and everyone without conscious thought or choice—well, then you’re going to get f***d.

Work hard and pursue your goals, but do it in a free way. The world is filled with people who have this stifled, repressed, bottled-up energy that’s just dying to release itself into the world if only they’d stop giving so much of a you-know-what.

Give up the things you’re “supposed to do” 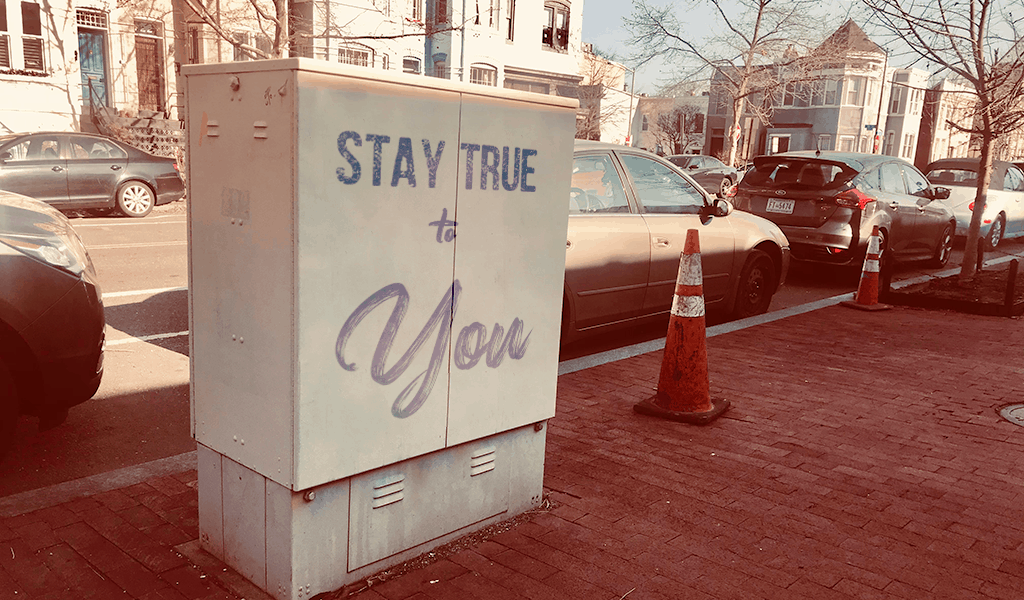 When you stop caring so much, you realize that many things you used to want no longer matter—because you realize you never really wanted them in the first place.

You’ve been spoon-fed messages from society that tell you what you’re supposed to want, what’s supposed to make you happy, and how you’re supposed to live. This can cause you to feel like you’re behind or missing out if you don’t check all the boxes of conventional wisdom.

You’re told that you need to graduate from a name brand University with a high G.P.A., have a high-status and high-paying job, get married, buy a house, have 2.5 kids, live in the suburbs, drive a BMW, wear designer clothes, and a bunch of other arbitrary measures that have nothing to do with, you know, your actual happiness.

This reminds me of another quote from Robert Greene:

Understand this: The world wants to assign you a role in life. And once you accept that role you are doomed.

If you want to improve your self-esteem, get rid of the role society wants you to accept and choose your own. The things that you want may end up aligning with some conventional standards, but that’s okay because you took the time to consciously choose them. That’s the point.

Give up this lens you use to judge your behavior 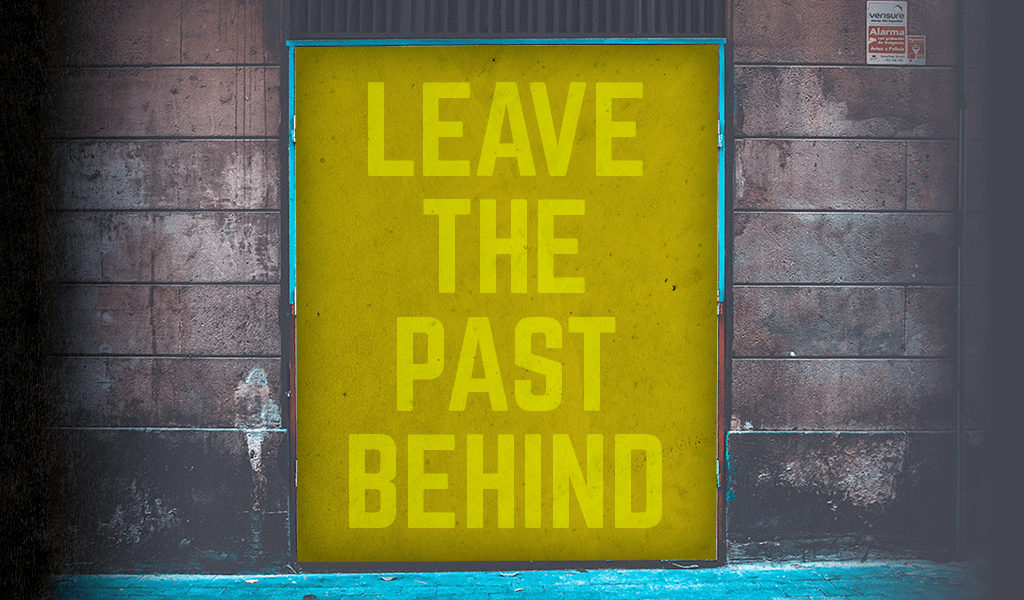 Confidence, and a lack thereof, both come from a feedback loop. A situation happens, you interpret the situation a certain way, and you use that interpretation to guide future actions.

Many people with low self-esteem have a negative experience and then because of it, expect future experiences to be negative. This creates a self-fulfilling prophecy.

If you expect to fail, and then you fail, you’ll start to look at yourself as a failure. Since you’ll go into new situations with those expectations, you won’t give it your all because of your expectations, causing the cycle to continue.

To remedy this, give up the belief that your past predicts your future. Most people create these negative self-fulfilling prophecies in varying degrees because they let past experiences define who they are.

You build an identity from the past, which is why it’s so difficult to change. You’re not just changing your behavior. You’re letting go of who you are. And for better or worse, it’s comfortable to have a solidified sense of self.

As cliche as it sounds, you give up the belief that your past predicts your future by deciding to do so. Six years ago, I was broke, working a job I hated and moving in a direction I definitely didn’t want to be in. How did I change? I literally yelled out loud “I’m not living like this anymore!” And I never looked back.

It might not work out this way for you, but every new day, even every new moment, gives you an opportunity to decide that you’re not going to keep repeating the same patterns in your life over and over again.

Give up the belief that keeps you stuck 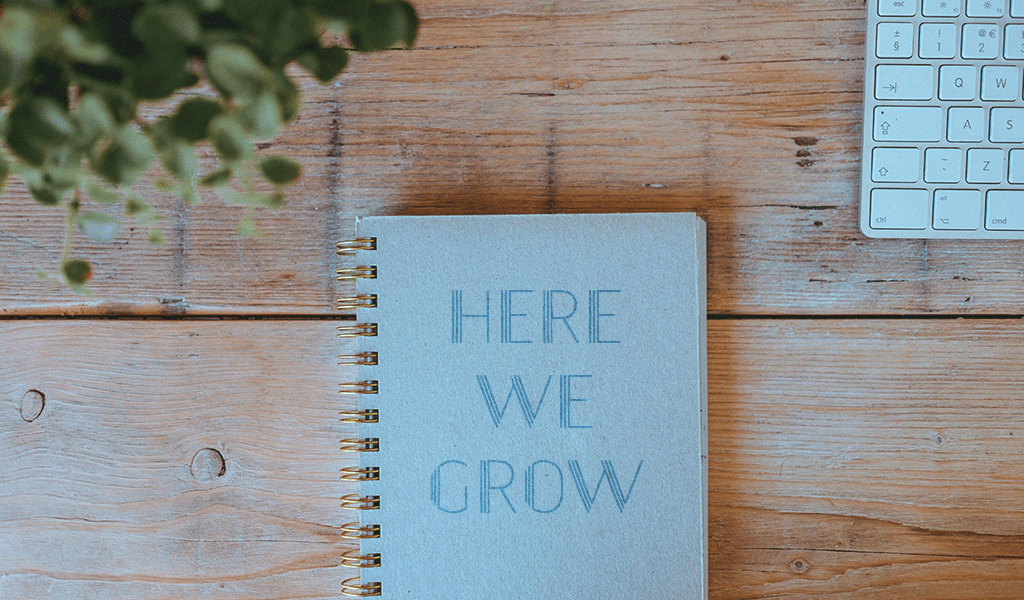 Speaking of the identity we talked about in the earlier point, if you want to improve your self-esteem, give up the idea that there is a fixed version of “you” altogether.

There’s a subtle distinction between this point and the last one. You want to let go of the idea that you’re innately destined to be a certain way or live a certain life. This is what many experts call the fixed mindset:

“In the fixed mindset, everything is about the outcome. If you fail—or if you’re not the best—it’s all been wasted. The growth mindset allows people to value what they’re doing regardless of the outcome. They’re tackling problems, charting new courses, working on important issues. Maybe they haven’t found the cure for cancer, but the search was deeply meaningful.”

Yes, you have strengths and weaknesses. But they don’t have to define who you are. Nothing does. Ultimately, you do. You can transform your personality, your circumstances, everything.

Once you remove the labels you give yourself, you can learn new things and take on new challenges. Once you stop using the words “I am” to describe yourself and your life (e.g., “I’m an introvert”), you can start to work on being the version of yourself you envision.

Give up the source of everything I’ve mentioned so far 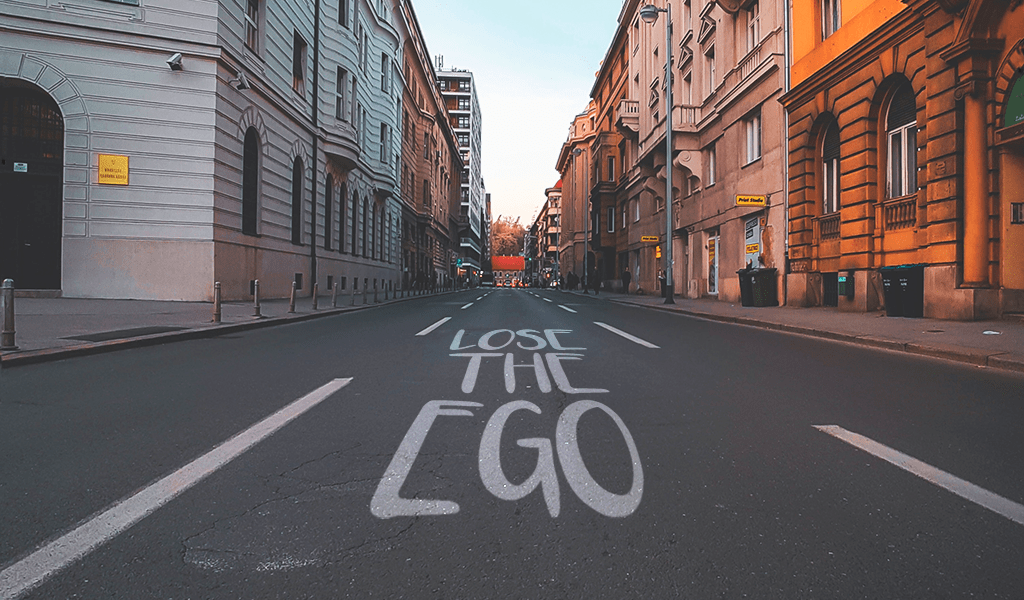 All these points can be summed up into one overarching theme. Give up your ego.

Oftentimes you’re led to believe that confidence comes from having a big ego—bravado, boldness, and courage. But those attributes actually come from a lack of ego. (When I use the word ego, I mean the sense that you’re all-important.)

People with low self-esteem have huge egos because they think of themselves too much. They’re always preoccupied with their feelings because they think they’re so important. They constantly look at themselves as the center of the universe and suffer from the spotlight effect—the idea that the whole world is watching them when nobody is.

Get rid of all this self-importance and you’re left with confidence. When you understand that none of this matters all that much, you’re more likely to do what you want. When you don’t care what people think of you, they’re drawn to you.

The minute you let go of both the past and your interpretation of how every little moment will impact your future, you’re left with the beauty of the present moment. The removal of your ego is the key to everything.