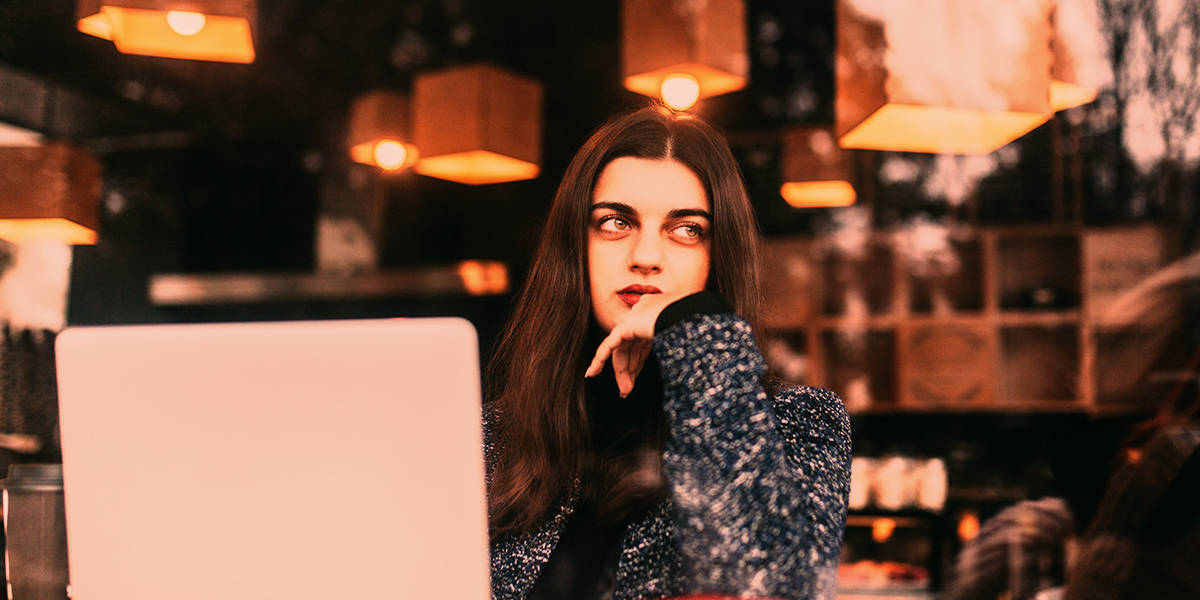 Are You Worried About Making the Wrong Career Choice?

“Did I make the right career choice?”

It’s one of those middle-of-the-night questions that keep you up scrolling through endless Indeed job listings. At one point or another, you’re going to wonder whether you made the right career choice. After all, the average person goes through five to seven career changes in his or her lifetime. This means you’re bound to have moments when you ask yourself if you’re on the wrong path.

There’s no need to freak out if you miscalculated your future plans. Instead, figure out your next step and what you need to do to move forward. Yes, the process can seem overwhelming, but don’t overthink every decision. It’s not the end of the world if you change direction and, ultimately, this detour may lead you exactly where you want to be.

Still feeling uncertain? Take me, for example. I started as an operations major, later switched to an operations and technology management major, and then realized I was only a few classes away from also getting a bachelor’s in finance. I knew this could open a door to Wall Street, so I went for it.

Know what? It was the wrong career choice. Only after experiencing a taste of that world did I find out it wasn’t for me at all. But even though my career of choice didn’t pan out, I learned something valuable: I don’t want to work in finance. It’s empowering to say, “That wasn’t the right job” and ask, “What can I learn from the experience?”

Really, learning is what life is all about. Your career is no exception. If you’re trying to figure out which career is the best fit for you, start by accepting that most careers evolve. Where they start is not usually where they end, whether because of promotions, life changes, epiphanies, or even miracles.

Choosing the right job for you

Your career path won’t likely be linear, so flexibility is your best companion. The faster you can adopt an opportunistic mindset, the faster you can shift away from the worry that you’ve made bad career choices. No matter where you are on your professional journey, the following tips can help you get closer to deciding on a career choice that’s perfect for you:

We’ve all seen the chronic complainer. They hate their jobs with a passion. They’re just waiting for retirement. Why don’t they just quit? They believe there’s no other choice and they must suffer.

If this describes you, I’m here to tell you that you have a choice. You don’t have to stay in a position where you want to scream every time Monday morning rolls around. Maybe it makes sense to finish your big project, train someone else on your tasks, or hit a milestone so you can leave on good terms, but you aren’t tethered to your workplace.

Resist the temptation to become a chronic complainer. If it’s time for you to take your Legos and move to a different playground, so be it. The other big kids will have to accept your decision.

2. Take time to reflect on your history

How did you come to the career crossroads you’re facing? Did you give in to the notion that you must satisfy your own or others’ expectations? What dream jobs did you think about as a child and leave behind? Why did they appeal to you?

Let’s say you wanted to be a professional athlete. Drill down and figure out what it was that made elite athletics seem cool. Was it the chance to compete? Do you enjoy being coached? Does being on a team motivate you?

Taking time to think about what makes you tick, what you excel at doing, and the events that shaped your life will give you a terrific perspective on what type of career you’d probably love. Sure, you might not be cut out for the NFL or NBA, but you can still look for a job that allows you to do things you love and are good at.

3. Be spontaneous and trust the voice inside you

My buddy was a B2B salesperson extraordinaire, but all he could talk about was how much he hated his job. One day, he was delivering muffins and doughnuts to first responders with his church community group, and a firefighter mentioned to him that he should apply if they had openings. Part of him wanted to explore this opportunity, so when the stranger asked, it prompted him to get into the fire academy, switch jobs, graduate at the top of his class, and become a career firefighter.

Guess who’s always telling crazy stories now and loving life? My friend. If the firefighter stranger had sat down and said, “This will be hard, and here’s the work it will take,” then my buddy might not have joined. But sometimes the best career moves we make start with examining a tiny spark, following a whim, or trusting our inner voice. You might not know where the staircase leads, but you should still take the next step.

The bottom line: If you’re not sure about your career choice, you’re not doomed to a life of boredom or frustration. You could be one move away from the right career choice. Just be open to opportunities, eager to learn more, and ready to embrace new responsibilities.