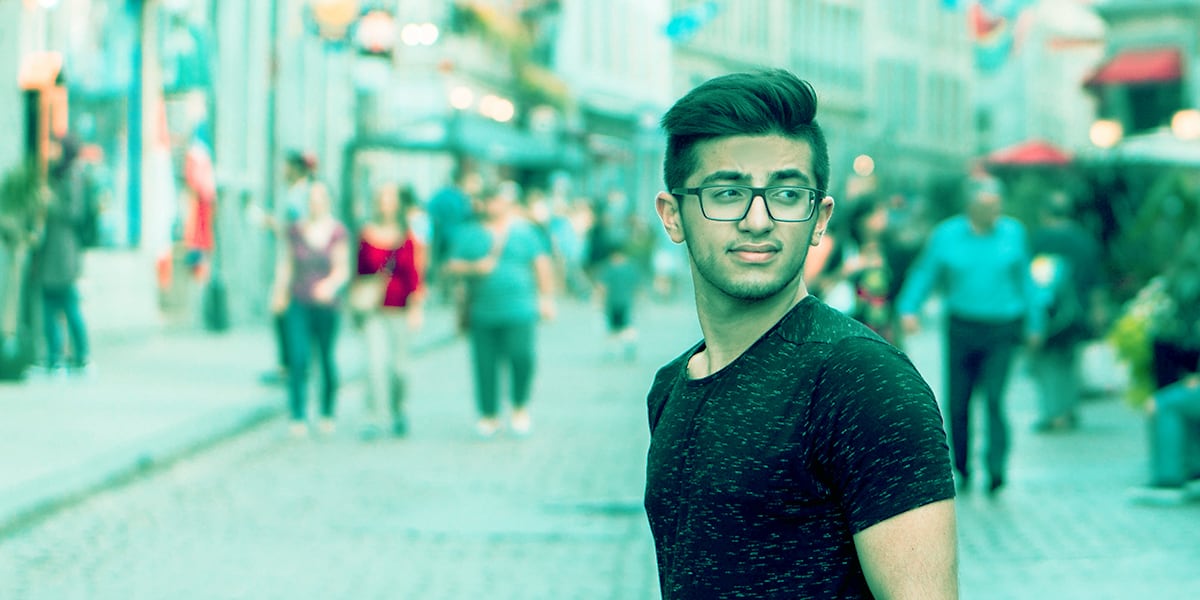 3 Keys to Coping with Rejection During Your Job Hunt

Every job description felt scummier than the next. I scratched my head wondering how I’d been so naïve. I’d assumed a college degree would open the door for my career.

And then there were interviews.

You get yanked around. Your time gets wasted. You put in a bunch of work to get little in return. Often, you don’t even hear back at all. Companies ghost you more than dates, which says a lot. It’s easy to feel demoralized and take it personally.

You may finally get an interview but hate the opportunity: the job seems boring, the people seem miserable, or the boss whiffs of being a dictator.

And then the day arrives: you get invited to interview at an awesome opportunity. Your interviewers say you’re great and they’re impressed. They can’t wait to talk to you again.

Only for them to go radio silent on you (followed by a job offer from the interview you really, really hated).

Then you compound extraneous factors around you. You have financial pressure. You’re desperate to escape a bad boss. Or the “stakeholders” in your life are full-court pressing you, saying, “Just get a job.”

If only life were that easy.

Here is how to take that loss on the chin.

Feeling your feelings with help you cope with rejection

I’ve had jobs that I badly, badly wanted, that I have heavily prepared for. I’ve gone into an interview, completely decked out, looking like a GQ model, a low rent one at that, with all my questions and answers prepared. Everything went splendidly. I skipped out of the building. Only to get an email, days later, “We appreciate your interest…”

I’m a huge fan of positive thinking but it’s naive to think every failure can be remedied with happyisms.

When I went through my divorce, the first thing my counselor taught me is that it’s “OK to feel.” By giving yourself permission to be sad, you don’t compound the pain by feeling bad for feeling bad. You allow yourself to be human.

I sometimes give myself a time limit on grieving. I’ll say, “I’m giving myself 48 hours to feel bad about this.” Then, it’s time to move on.

To add levity to the situation, I sometimes put on The Rolling Stones song, “You Can’t Always Get What You Want.”

Can you hear it playing yet?

You can be the perfect candidate for a job. You can say all the right things. It doesn’t always matter, because there’s a lot of things in play.

There are often requirements to interview more than five or six great candidates in person. Regularly, interviewers are looking for a very specific skill or experience. Sometimes, you never had a chance to begin with. My friend was told he was getting a new position at his company, but first they had to interview three other candidates. I felt bad for the other three.

And lastly, people can be shallow and picky. They look at someone and decide whether or not they like them at first glance. Interviews can easily regress back to grade school popularity contests.

The point I’m making: there are a lot of stupid variables at work. It’s not always your fault.

Whether you like it or not, it’s a numbers game

Think about it. Let’s assume you get to the in-person interview stage.

Let’s assume they are interviewing four identical candidates. Each performs equally well. It becomes a dice roll. With a 4-sided dice roll, it is still very, very possible for you to be passed over a bunch of times in a row. Don’t become demoralized and think it’s because you’re not good enough.

Years ago, I was speaking with a friend who worked in recruiting, telling him my dilemma of my long strike-out streak. He told me to start writing down a list of every company I interviewed with. On this list, only companies I’ve actually been to and interviewed with in person should be listed.

Each time I was rejected by a company, he told me to cross out the name on that list. I began doing that and the list grew on the whiteboard in my home office. As I began crossing names out, it not only reminded me of how many interviews I’d landed but also gave me a feeling of progress—that I was getting closer and closer to landing a job.

Keep the windmill turning. Focus on interviewing for jobs you actually want.

I always feel really rusty in my first interview or two. I squirm a bit at the questions, trying to think of the right answers. I occasionally stumble and say something stupid and axe my chances instantaneously. I’m not proud to admit this but, during one interview very early on in my career, I said, “I don’t like half-assing things.” I could see my interviewer bristling in her chair, and my chances of getting an offer, sinking.

A trick is to assume you won’t get the offer on your first couple of interviews. Bring your A-game, then immediately after, make notes on what went well and what didn’t.

And when I say immediately, I mean immediately, as in right when you get in your car in the parking lot, while it’s fresh on your mind. Sit there and write down notes on your highs and lows from the interview.

Make it a point to get better with each interview, and your losing streak won’t continue for long.

One way to evolve quickly is to actively seek feedback from jobs you got rejected from. Note, they won’t always respond as there is no incentive for them (that feedback does nothing for the company).

But if you can get responses, finding out what led to your rejection will help you quickly plug holes in your performance and hasten your route to a great job offer.

Coping with rejection is one of the most important skills in life and it can be developed with time, practice, and the right attitude.

If you haven’t been rejected, you aren’t adequately challenging yourself. Consider each rejection as hardening your outer protective layer. Make it a point to get tougher each time.

Finding a great job is usually going to require more work than we anticipate. There will be lots of letdowns. You are allowed to be upset about those big letdowns. But also make sure to give yourself time limits on mourning.

Keep interviewing. And remember—all you have to do is find one.