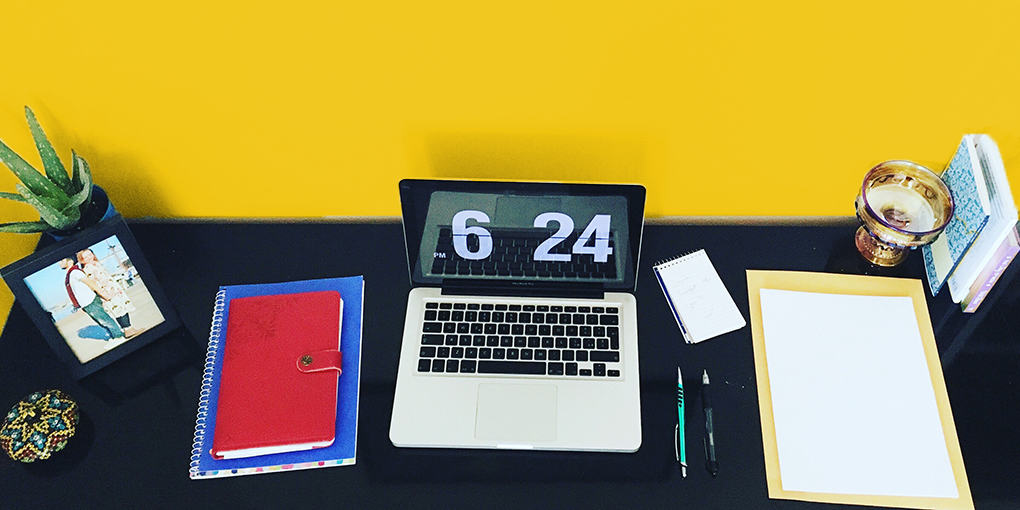 Can Selling Knives Make You a Better Student?

I’m not calling it a lie, but it’s got to be a serious exaggeration, I thought to myself when my boss assigned me this article. “Tell the story of how selling knives makes better students,” he said. Yeah, okay. Thankfully he couldn’t see my eye roll over the phone.

Everybody knows being a student isn’t easy. And as we get older, we realize that our classroom failings had as much to do with our own poor habits as it did poor instructors. However, “you should have sold CUTCO®,” didn’t strike me as a prominent academic shortcoming.

Carlos is a Marketing student at Joliet Junior College who attributes much of his success in school to his work at Vector Marketing, the sales arm for CUTCO® Cutlery. I was introduced via three-way text and was surprised at his enthusiasm to participate in the story. “Anytime you want to talk, I’ll make myself available,” he said.

Before working at Vector, Carlos was delivering pizzas full time, studying upwards of eight hours a day to keep up with the workload of his classes. As a former barista, I found myself nodding in agreement, nearly bowing to his words, when he recounted his past struggles. “It felt like everyone was moving faster than me, my grades were wavering, and my schedule was uncontrolled.”

From Flipping Pies to Selling Knives

In November of 2015, Joliet hosted a job fair on campus, and Carlos discovered Vector Marketing. At first, he was skeptical, thinking to himself: who has the money to buy knives? To which I responded, “Right? I know I don’t.”

But several more months of pain and frustration has a way of increasing open-mindedness.

He came across Vector again that following spring. One of the managers recognized him and talked with him one-on-one, elaborating on the details of the work. “After I heard about the flexibility and scholarship opportunities, I figured it couldn’t hurt to try, so I scheduled for training,” and traded in his pie spatula for a CUTCO® Slice and Serve.

In his first couple semesters, Carlos struggled, earning himself Cs and Ds. He even began dropping classes, unable to keep up.

But through a weekly process of setting up weekend appointments, planning a schedule, and achieving goals, he noticed his habits transforming and permeating into his school life. “Time management is the biggest thing I’ve learned at Vector. I used to never have a planner, and now I can’t imagine living without it. To have a schedule is effective, but to have a schedule with priorities is efficient.”

I found myself nodding as he said this. Even in an age of smartphones, I cannot remember the last time I was caught without my planner.

Having a prioritized schedule helped him hit deadlines. There were no more late papers and all-nighters. And as school assignments were completed days (or even weeks) before their due date, Carlos found himself gaining momentum.

“If you wait for everything at the last minute, it’s harder. If you do a little at a time, you have momentum, and it’s much easier.” I asked Carlos for some of the details about how he used his planner. As a chronic procrastinator myself, I started taking notes. And these weren’t for the article.

His manager was a prime contributor to his success, frequently checking in with Carlos and asking him how school was going. Once his manager knew his academic goals, he even told him to reschedule any demos he had arranged during finals week and to pencil in study time instead.

Putting the ‘A’ in Public Speaking

In addition to improving his schedule, Carlos noticed a change in his self-confidence and public speaking skills. His position at Vector, where he performed demonstrations to potential customers and spoke at team nights and conferences in front of hundreds of people, propelled him to be an immaculate public speaker.

I had noticed this throughout our conversation and promptly asked him hold old he is.

“I would have guessed about 25,” I said, surprised.

Experts say one of the top ten habits of successful students is resiliency in the face of setbacks. According to the Oxford Royale Academy, “even the best students mess up sometimes… but they’re often confident enough to accept occasional failures, taking them in their stride and realizing that having one bad essay, or even a string of them, doesn’t make them incapable of doing well the next time. If you mess up once, a few times, or even for a whole year, the worst thing you can possibly do is let it knock your confidence and make you stop trying.”

Carlos told me that this is the essence of selling knives successfully. Don’t let the Nos get you down. Stay focused and put in the work.

“There are a lot of obstacles in selling knives, just like achieving good grades. Like a missed sale, I used to get down and bummed out if I got a bad grade. But I learned that I can either be upset about it, or I can choose to let it motivate me.”

I sat there for a moment, listening to Carlos, and thought to myself: I can’t imagine consistently being told no and still having the motivation to do it better. And that shines through Carlos. Since working with Vector, he has overcome challenges and grown into a more motivated individual, student, and salesperson.

If It Sucks, It’s Your Fault

After a few months at Vector, Carlos began receiving compliments, text messages, and phone calls from his friends and family, commenting on the positive changes they’d seen in his life and his demeanor.  His mom, who was initially indifferent about the idea of selling knives, told him early on, “If it works, great. If it sucks, it’s your fault.” Blunt advice. And accurate.

Having witnessed the positive changes and his ability to balance it all, she’s become a raving fan of his work, even advertising for him on social media and bragging about the high quality of the knives.

Anybody Can Do It

“I’m the first one in my family to get a degree,” Carlos told me as we were ending our conversation. “People will go through four years of college, grad school, and internships before they grow as much as I have with Vector.”

His CUTCO® sales have given him a sense of achievement, which has further perpetuated his confidence and motivation in school.

After talking with Carlos, I realized our accomplishments feel strongest when we find ourselves in a similar place but in better condition.

Carlos is still a student and now he has straight A’s. He’s still working, but his part time position has grown into a full-scale business. “If I can do it, anybody can do it,” he concludes.

Vector Marketing doesn’t just make good salespeople; they grow students into the best version of themselves, right where they’re at, however they show up.

Oh, and remember those classroom presentations Carlos talked about? He scored 135/125.

How is that even possible?