Pining for a PlayStation 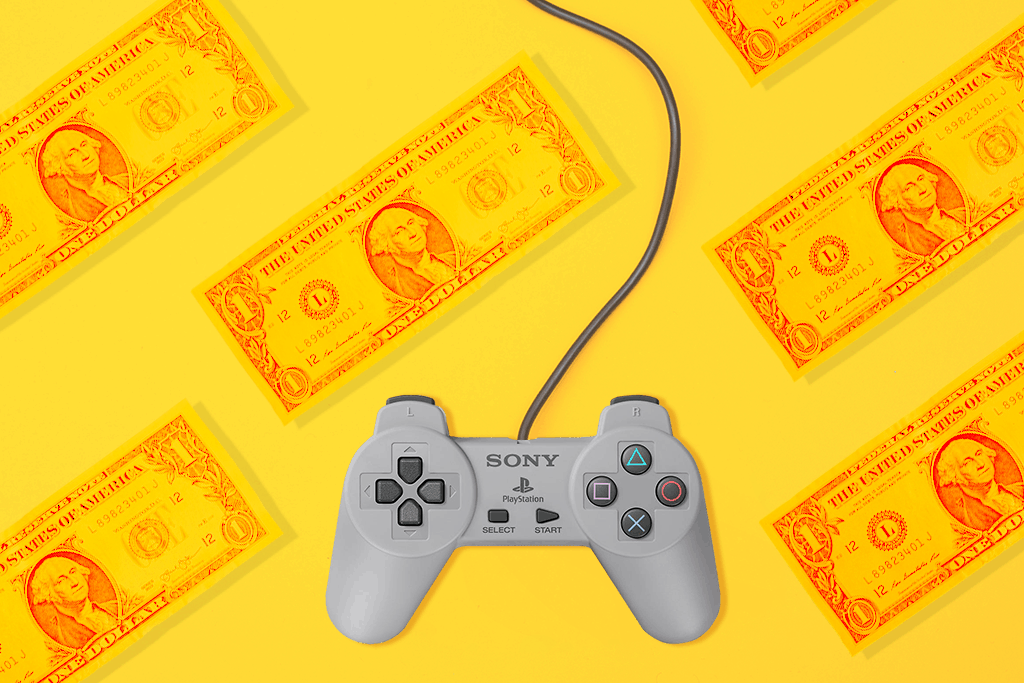 Canopies of trees shaded the winding drive to our home. Sweeping mansions, tiny lodges, and towering homes flew past my window as my mom drove us to our small house.

I was 10. We’d just moved into the neighborhood, aptly named, The Cavalier.

It was a rather fun place to live, with lush greenery, a lake, a golf course, lots of houses, and thereby kids to play with. We all played together, climbing trees, wandering on our bikes. The wealthy kids were mostly nice and down to earth, though a number of them fit the cliché of being condescending bullies.

That distinct class division would change how I lived my life.

We congregated at five bus stops in the neighborhood. I was at the first where, each morning, a large, gloriously yellow bus would groan to a stop.  The hissing sound of released gas would preempt the sliding door opening.

I’d board the empty bus with my equally middle-class friend, Drew. Then, our bus would go deeper into the neighborhood, winding closer to the golf course and the water. Consequently, each subsequent stop brought nicer and nicer homes. The kids getting on the bus donned fancier outfits and backpacks. Even at 10, the contrast wasn’t lost upon me.

This was the 1990s. Console video games were at their peak. This bus was mostly boys, so games were a frequent discussion. The first PlayStation had just been released.  This was a major milestone, the first use of discs for videogames. It caused the biggest leap in graphics in history. It was the video game equivalent of the first color TV.

To young, imaginative boys, this was totally enchanting. But to me, it became a source of pain.

I was past the age of being cute enough to get presents on demand. Also, I was beginning to flounder in school. Being a daydreamer, and not the best rule-follower, my lack of focus was beginning to manifest itself on my report cards.

I can’t say I wasn’t spoiled at times. But my parents said no to the PlayStation. Unlike my peers on the bus, I couldn’t get whatever I wanted, whenever I wanted.

So I was relegated to a daily bus commute that was filled with envy. These kids rubbed it in, talking about every electrifying detail of these PlayStation games. They’d stick it in my face and ask how my Super Nintendo was treating me.

It’s hard to describe how badly I wanted this video game system. It was borderline irrational. To make an analogy, imagine being a horse girl, and watching every other little girl on your block getting a giant, majestic white horse for Christmas, with a flowing mane, beautiful eyes, and an ornate leather saddle, while you get a toy pony. There would be tears.

I did keep asking. But my parents kept saying no. It was going to be a painful couple of months unless I came up with an idea. 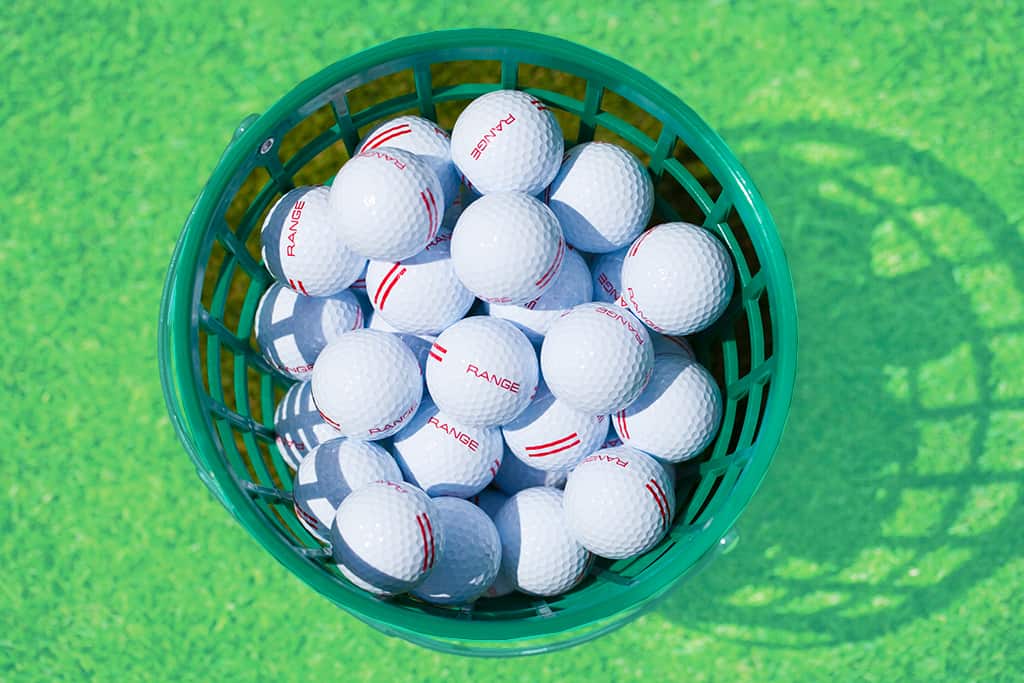 My parents didn’t budge, if that’s what you’re thinking.

But a disadvantage can fuel motivation.

It came to me when I was playing in my backyard.  The tiny grassy plot extended 30 yards from the house. It was heavily shaded by trees. A line of sunlight marked the beginning of the rich, green golf course.

It was the 3rd hole. The driving tee was off to the left. Quite often, I heard men screaming profanity as they hit the ball.

Frequently, these golf balls would curve and land in our backyard. Sometimes, you’d hear it hit several tree trunks in quick succession, almost like it was a pinball machine. My mom would usually yell at me to stay several rows of trees in.

One Saturday, I had my lightbulb moment as I sat with action figures, playing near one of the trees. All around me—in the bushes, in the vines—were golf balls.

I went inside and got a big bucket. Then, I began gathering all the golf balls. In an hour, I had more than a hundred of them.

Then, I hauled them over to the 3rd hole. I plopped down on a bench. It was directly adjacent to the elevated driving tee. I had a small, poorly written, “For Sale” sign.

The first set of men showed up at the tee. Immediately, one of them smiled, came over and asked, “How much for the golf balls?”

At that point, I hadn’t even considered that I needed a price. I threw out some crazy-cheap number, ten balls for one dollar or the like. I remember the middle-aged man, saying, “You can charge more than that, kid.”

He then suggested 3 for a $1. I agreed. Then he told me the price at the clubhouse was a lot more than that.

I’d made my first sale. These balls were a total trail mix too. Some were in mint condition. Others looked like they’d been dropped in a blender for a few seconds. I just let them pick out whichever balls they wanted.  As a testament to my own innocence, I used to get sad when some of the golf balls went into their pocket, almost like they were my children and I was saying goodbye.

It was going to be a journey to get my PlayStation. But each week, hearing the rich kids detail their exploits on the latest games was plenty for motivation.

TFW you’ve earned it, all on your own

Each weekend, I’d sit there with my bucket of golf balls and my modified sign that said 3 for $1. I made a second bucket that had mint condition balls that I sold, 2 for $1. That was about as sophisticated as my business model got.

I started stacking up dollar bills. I stuffed them into my desk drawer at home: clean, dirty, wet, ripped dollar bills, piled in tight, like chicken in a plastic bag.

Most of the men I sold to were wealthy businessmen. I think a number of them liked my entrepreneurial spirit. In fact, I’d wager half of them didn’t even need any golf balls. Maybe they thought it was good business karma to buy from a kid like me. There was one guy who bought them and told me, “You’ll go far in life with this mentality,” which was nice, though I didn’t fully comprehend what that meant.  I just wanted my PlayStation.

Surprisingly, I wasn’t counting my money or sales. You’d think I’d be tallying it up until I had just enough money for the PlayStation. I reasoned that I’d blast it out and sell as much as I could. When I finally checked, hopefully I’d have enough for the system and a few games alongside it.

That day came when a golf cart pulled up in front of me on my bench.  A man came huffing and puffing over to me. He was the manager of the golf course store. I don’t recall many of his words. They were angry though, with zero sensitivity to a kid who didn’t know any better. The last words he said were, “I’m the only one who sells on this golf course!”

That was my last day in business. I went home and counted my cash. I was thrilled to find out I had enough for the PlayStation and several games. My parents were proud and took me to the store the following weekend.

I didn’t always enjoy sitting on that bench. It would get hot. I got rained on sometimes. Other times there’d be mosquitoes. Some of the golfers ignored me.

But it was so immensely gratifying to walk out of that Toys R Us with a PlayStation and a bag full of games.

There was no begging involved. It was the first time I’d earned money on my own. I’d set a goal. I’d worked to achieve it. And I got to truly own something. This was my Playstation. 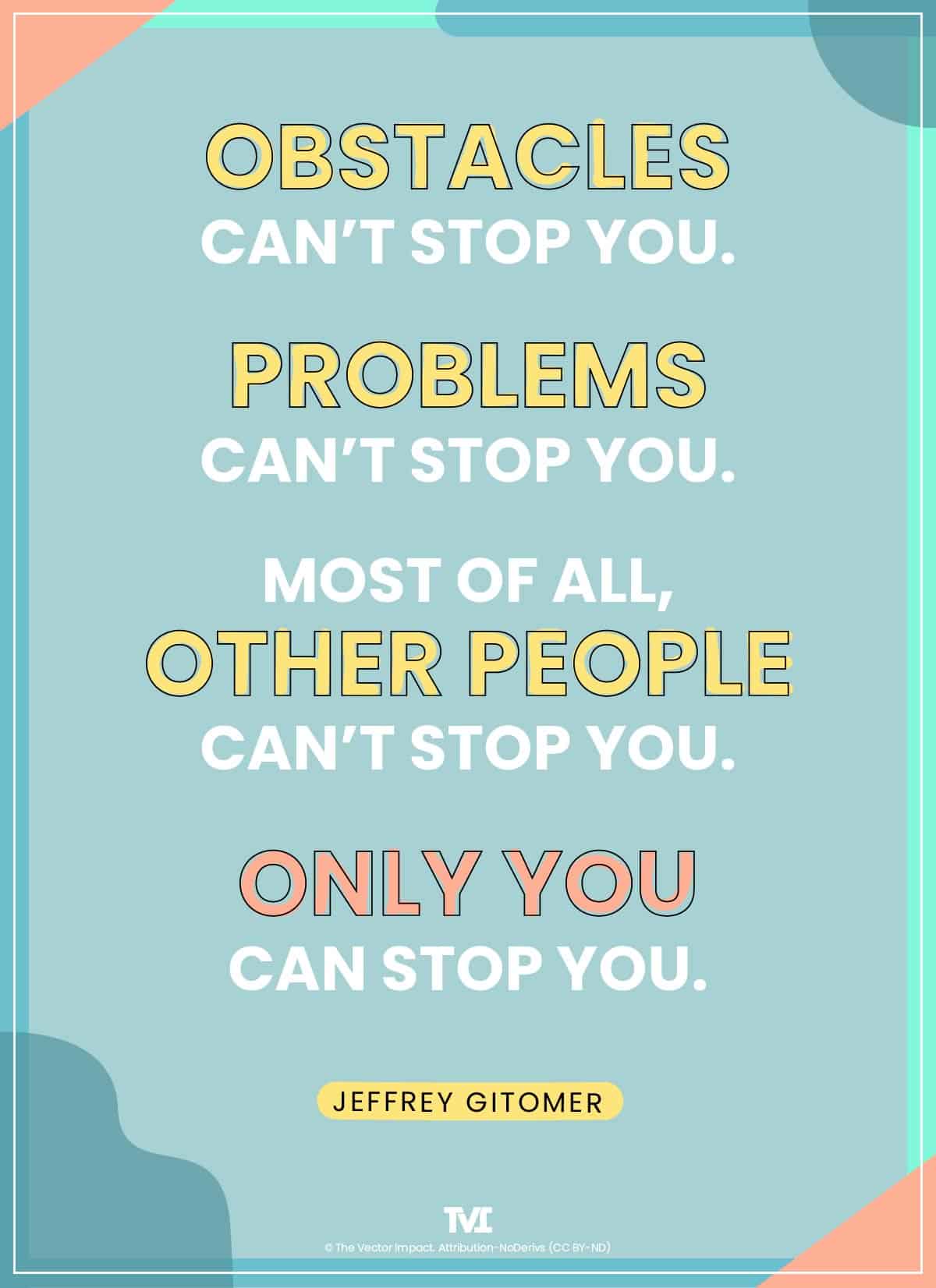 That experience was a good primer for the real world. Much of what we do involves pushing through life’s challenges, past all the noise, and toward the end goal. One thing I’ve learned for certain: Those things that hold us back—the headaches, the difficult people, the unfair conditions—can actually light a fire. Motivate us. Drive us to success.

So the next time you hit a setback? Make it your competitive advantage.